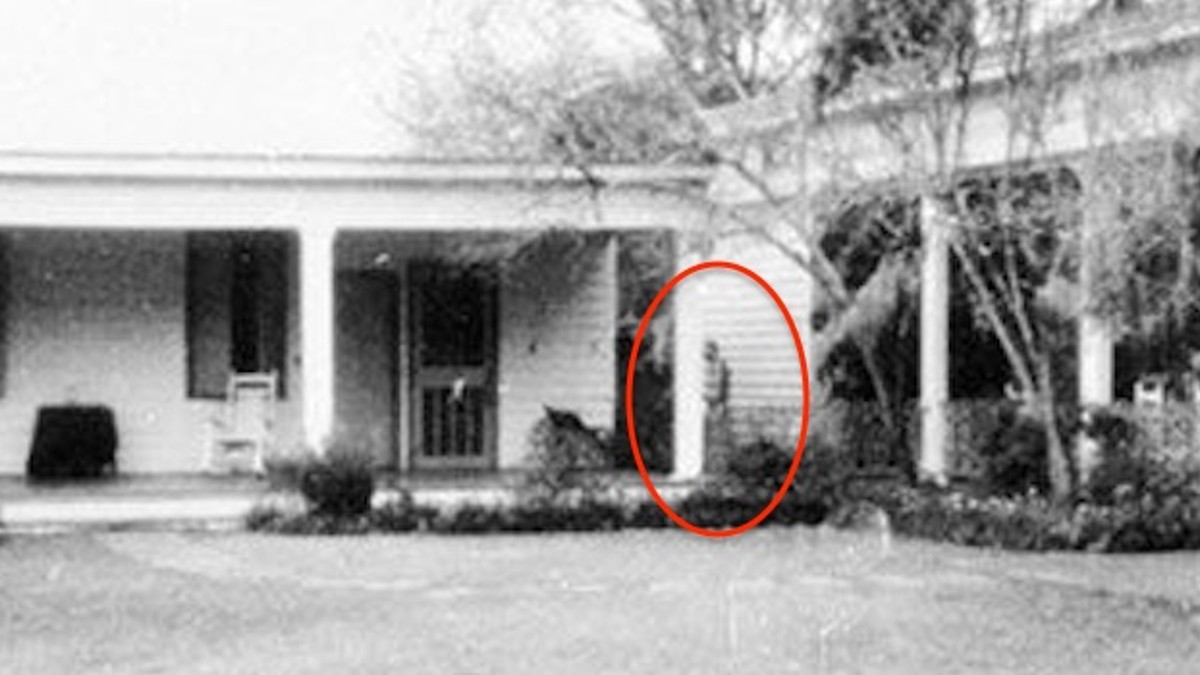 With a history of violence and scandalous activity, The Myrtles Plantation is one of Louisiana’s most haunted places.

The large property was established over 200 years, and in that time, it has experienced murder, slavery, and extreme violence, which gives it a disturbing history.

The plantation was built by General David Bradford (nicknamed “Whiskey Dave” due to his role in the Pennsylvania Whiskey Rebellion of the 1790s) in 1796 and is an incredible example of the architecture of the time.

The house is said to be built on an Indian burial ground, but this has never been substantiated.

Originally called Laurel House, the building is within 600 acres of land. General Bradford passed the house down to his son-in-law, and it ended up being owned by Ruffin Gray Stirling and his family. It was then that the name was changed, and it became known as the “Myrtles.”

On Stirling’s death in 1854, his wife took the reins. She sought the help of an attorney called William Drew Winter to help her manage the vast property. Winter would later marry her daughter, Sarah.

Winter was shot at the house in 1871. He died of his wounds, and to this day, his murder remains unsolved.

Over the course of the next few decades, the house passed from owner to owner until the 1950s, when it came into the possession of Marjorie Munson. It was she who began to report that strange things were happening in the house.

In the 1970s, James and Frances Kermeen Myers acquired the property and turned it into a Bed and Breakfast hotel. Since then, innumerable stories have been shared by owners and visitors alike.

In 1984, a journalist with Life magazine stayed at the hotel, hoping to document the traditional architecture, but they got way more than they bargained for when his room turned out to be haunted.

The journalist claimed that two spooky children kept appearing to him and calling out his name. They would then quickly disappear.

Today, the Myrtles Plantation is a B&B, offering guests a little piece of the paranormal as part of their stay.

A teacher and her pupils were on a school trip and decided to take some photos at the Myrtles Plantation. When looking through the photos afterward, the teacher came across a spine-chilling image. In the background, looking out of the window of the house, there seemed to be a young girl dressed in a long dress.

A young girl died at the hands of a voodoo doctor in 1868, and some think that her spirit may be captured in the teacher’s photo. Legend has it that this girl now practices voodoo on anybody who falls asleep in her room…

The photo itself has been examined by the Society for Psychical Research in London, England, which declared the image to be authentic. Regardless of your opinion, it remains a chilling photo.

The Legend of Chloe: A Deadly Affair

A woman by the name of Chloe was a slave in the house in the 19th century. The story goes that she had an affair with the owner, Judge Clark Woodruff. When the affair ended, Chloe was worried that she might be sent away, so she began to spy on the family.

Woodruff found her spying one day, and to punish her, he cut off her ear. Thereafter, she wore a green turban to hide her scars.

In another version of the story, Chloe used to hold her ear to door keyholes in an effort to work out Woodruff’s business dealings.

With revenge uppermost in her mind, Chloe poisoned the family’s food. Woodruff himself did not eat the food, but his wife and two of his daughters did. They died in a matter of hours.

Chloe allegedly baked a cake that contained the extract of boiled and reduced oleander leaves, which are highly poisonous.

Chloe’s fellow slaves found out about what she had done. In order to protect themselves, they hanged Chloe and unceremoniously threw her body into the Mississippi River.

Chloe’s ghost is said to haunt the house and even appears to be in a photograph taken in 1992. The National Geographic Explorer believed that it is indeed Chloe in the photograph. Even today, visitors say they have seen a girl in a green turban.

As for Woodruff’s wife and children? Well, they are said to be visible in a 200-year-old mirror in the parlor. There are also hand prints, which appear to be inside the mirror. No amount of cleaning has been able to remove these prints.

It is thought that up to ten murders have been committed in the Myrtles Plantation, but the best-known murder is that of the aforementioned William Drew Winter.

Guests have reported disturbances such as bedsheets being ripped off their beds during the night. Some people have been violently pushed out of their bed by an unseen entity or force, while others have told of beds that shake and levitate, broken clocks that start ticking, and portraits with changing expressions.

In February 2023, a ghostly apparition appeared on a photograph taken during a ghost tour. The pale image of a young girl appeared to be standing beside a chest of drawers as members of the public made their way in the other direction. The child looked directly at the camera.

The hotel’s official Instagram account posted the pic and remarked in the caption that someone “tagged” along on one of their recent tours. They speculated that it could be one of the Woodruff children.

Some argued that the ghoulish snap was just the result of motion blur, but others pointed out that the child’s clothing appeared old-fashioned. 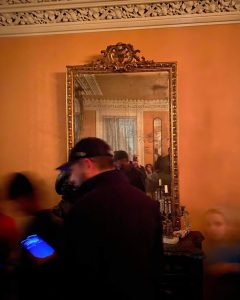 Photo snapped during a tour in 2023. Pic credit: @the_myrtles/Instagram