The Crescent Hotel in Eureka Springs, Arkansas is recognized as one of America’s most-haunted hotels, and has been used for a variety of purposes over the decades.

Built at a cost of $294,000 and opened in May 1886, the 78-room Crescent Hotel was initially operated by The Eureka Springs Improvement Company as an exclusive hotel catering for the rich.

A stable was provided for guests’ horses, tea dances were held regularly, there was a swimming pool, tennis courts, and even an in-house orchestra.

By 1908 the hotel also housed the Crescent College and Conservatory for Young Women in fall, winter and spring. This was in order to make up for the loss of revenue during the off season, and the building resumed its normal function as a hotel during the summer.

The college and hotel were forced to close as the Great Depression hit the USA. Sadly, in 1924 the building was abandoned. In 1930 it reopened as a junior college, but closed again in 1934.

The demise of the junior college led to the building being repurposed in 1937 by a charlatan called Norman Glenwood Baker and being renamed Baker’s Cancer Curing Hospital.

Baker had a penchant for the color purple, painting many parts of the building in his favorite color. He was also famous for wearing white linen suits and purple shirts.

Fooling people into believing he was a doctor, he used the building to treat cancer patients, with people coming from all over in the hope that they would be cured. Needless to say, a shocking number of people died.

Baker was later imprisoned for four years and was found to have defrauded patients out of around $4,000,000.

During World War II the building was empty once more. It remained so until 1946, when four Chicago businessmen bought it and began to restore it.

Although it didn’t relive its glory days, the building enjoyed a second lease of life as a hotel until 1967, when tragedy struck in the form of a fire which swept through the fourth floor of the south wing.

The next 30 years saw the hotel being passed from owner to owner, with various renovation works being completed.

In 1997, however, Marty and Elise Roenigk purchased the hotel and embarked upon a program of renovation designed to bring it back to its original splendor. They completed their project in 2002 at a cost of £5,000,000.

The Crescent Hotel remains open to visitors – well, those who are brave enough to spend the night.

Staff and visitors have related all manner of strange experiences for which there do not seem to be any reasonable explanations.

Michael is the name given to the spirit alleged to frequent Room 218. Michael was one of the stonemasons who helped build the hotel. He fell to his death while working on the roof, falling all the way to the second floor.

Michael is said to be a mischievous spirit who plays with lights, doors, and the television, as well as pounding on the walls.

Some people have said they saw hands coming out of the bathroom mirror and heard the cries of what sounds like a man falling.

The infamous Norman Baker has been seen in the recreation room in the basement and at the bottom of the first floor stairway. He is dressed in his trademark white suit and purple shirt, and apparently looks rather confused. His appearance is identical to photos of Baker.

Another oft-reported phenomenon is Victorian dancers in the dining room. Apparently, many ghosts have been seen here, including that of a well-dressed gentleman who says he saw a beautiful woman there last night and is waiting for her to return.

These alleged spirits are thought to be benign and more than a little cheeky. Staff have been known to come in to the dining room in the morning to find menus scattered about the room, or to find chairs have been moved around.

One Christmas, the Christmas tree and all its packages were mysteriously moved from one part of the room to another.

The original switchboard was used for a time, but use was discontinued after it kept receiving calls from the empty basement. The basement, incidentally, was where Norman Baker spoke to cancer sufferers and convinced them to hand over huge sums of money for their treatment.

Theodora is a ghostly figure who is said to appear to people on a regular basis. Seemingly, she introduces herself as a cancer patient before quickly disappearing. 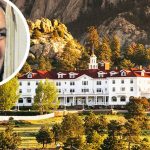 How to find Crescent Hotel 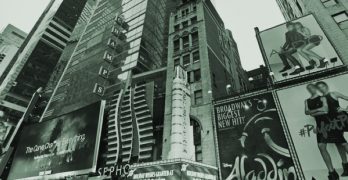