Does this video captured by a teen near RAF base in England show a UFO? 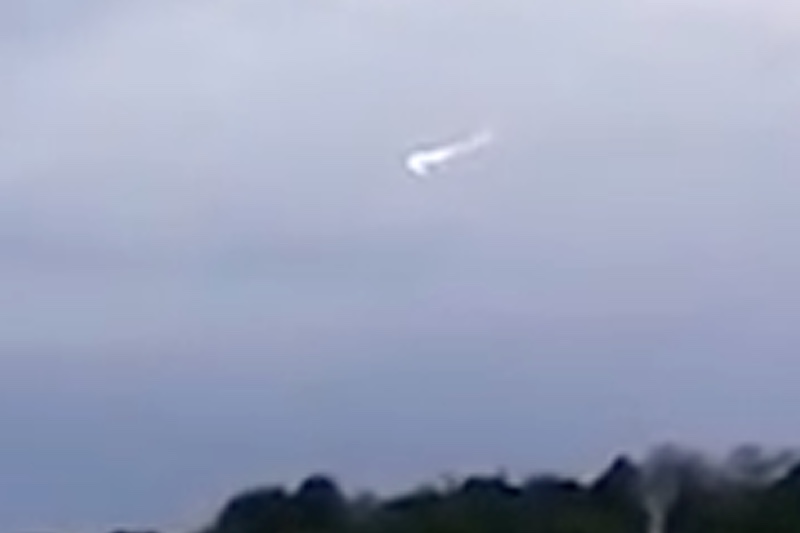 Is this video captured by a teen near RAF base in England a UFO?

English teen Lucas Budel, 19, captured a video of what some think might be a UFO near an air force base in High Wycombe, Buckinghamshire, England.

Budel told a newspaper that he’d been sitting at his computer when he noticed a bright flash through his window. He had first thought that the object was a meteor, but as he continued to watch the object it quickly became evident that this was not a meteor. It didn’t fall or descend as a meteor would, but instead seemed to perform complex aerial maneuvers. Lucas even said it split in half and became two separate objects before combining again.

Furthermore, the craft seemed to glow, and it made some sort of whispy trail behind it that quickly disappeared. At one point, Lucas said that the UFO disappeared. But, he kept watching and it eventually re-appeared. He recorded his video upon its re-appearance.

,Budel lives in High Wycombe, which is home to a huge air force base, so it is possible that what he witnessed was the testing of some sort of advanced aircraft from the base.

Another explanation that Budel himself gave was that it could be ball lightning. Ball lightning is a very rare, and dangerous, atmospheric phenomenon.

So, did Lucas Budel witness an alien space craft, an experimental design based off alien spacecraft, ball lightning or just an air force test?