Mystery of the Turkish cemetery ‘Crying Girl’ has been solved 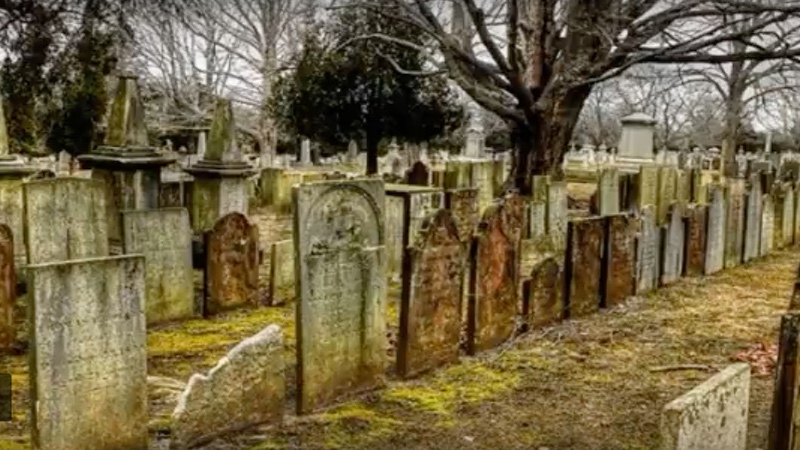 Since April, people  have been talking online about the ‘Crying Girl’ who repeatedly made an appearance in a Turkish cemetery.

Employees of Ulu Mezarlik (Great Cemetery) in Corum, Turkey, reported seeing a 15-18-year-old girl in black clothing, with red shoes, crying and talking to herself in the cemetery. The appearances happened around 4:00 A.M. 5 nights in a row and when they went to approach her, she kept disappearing.

The baffled employees noted that the grave she had been crying at was that of Fatma C., who died in 1982. Since the workers thought the girl might have been scared by some gravediggers approaching her, they decided to leave a note at the gravesite that explained that they were only trying to help.

Since they couldn’t get her to talk to them, they reported it to the police who started an investigation, with the town mayor even ordering CCTV cameras installed.

The public were enthralled with this story, but the cameras shed little light on the mystery. The girls disappearing acts led many people to speculate that the ‘Crying Girl’ was a ghost. They started showing up in large groups outside of the cemetery, sometimes 300 at a time, just to try to catch a glimpse of her. In one incident, four people were arrested for interfering with a police investigation after using ladders to scale the walls. Maybe because of this, on May 1st, she ran away and didn’t return. The police continued to carry on the investigation after that, but the mystery continued.

Recently, the girl’s family has come out and explained what happened. They say that she has psychological problems and that the girl had become obsessed with the cemetery. A loved one had recently died, and she was under the delusion that the person had been buried alive in the cemetery. Her father has expressed shock and horror at the public’s reaction to the story. He said that people had waited outside the cemetery with sticks, hoping to catch his daughter, fortunately, the girl is now getting help.