A yeti is an ape-like creature said to roam the Himalayas, with its origins in local folklore. It is usually described as being covered in fur and is claimed to stand up to 11 feet tall.

The word “yeti” translates to “metoh-kangmi”, which means “man-bear snowman”.

A number of Himalayan tribes believe the yeti to be some kind of divine entity. In local folklore, the creature is thought to have a frightening howl and glowing eyes, helping it to protect the mountains from those who intend to do evil deeds.

The idea of a beast or creature in the Himalayas goes all the way back to the first century AD, when Pliny the Elder wrote of creatures having the same features as human beings.

He wrote about their dog-like teeth, their green eyes, hairy bodies, and the fact that they screeched in such a terrifying way. He said they were very lithe and could not be caught, except if they were sick or old.

The yeti legend as we know it began with the Sherpa, an ethnic group who live in the Himalayas at an altitude of around 12,000 feet. In Sherpa lore, the creature is, without exception, portrayed as dangerous.

One story involved a human girl being sexually assaulted by a yeti, and another has the yeti growing in strength as the sun rises, while the human that sees the yeti loses strength and consciousness.

These tales are thought to have been created to discourage Sherpa from interfering with or approaching wild animals in the mountains, and to try to prevent children from wandering off into the mountains alone.

It wasn’t until Westerners began to travel to the area that the stories started to morph into something altogether more real.

The yeti garnered much attention in 1921, when explorer and politician Charles Howard-Bury returned from an expedition to the Himalayas. Relating his tales of finding footprints and being told by the locals that they had been made by a metoh-kangmi, he got people’s attention and set their imaginations racing.

Even as technology has progressed, there is no proof that the yeti exists. Most of the evidence, such as skulls and hair samples, have been found to be from animals like bears and monkeys.

However, believers remain and expeditions still take place in the mountains in a bid to find evidence of the elusive creature.

The first recorded modern report of a yeti sighting dates back to 1832, when a climber named B. H. Hodgson said he saw a tall, hairy creature walking on two legs.

A very detailed yeti-related report was made in 1925 by a Greek photographer called Tombazi. He was convinced he had seen a yeti on a mountainside at about 15,000 feet.

He said that the figure was similar to a human and walked upright, stopping from time to time to uproot some bushes. He said it showed up well against the snow because its hair was dark in color – and, as far as he could tell, it was not wearing any clothes.

They creature vanished from view before Tombazi could snap a photo, but he later found some footprints in the snow which were between 16 and 24 inches apart.

He noted that the prints had similarities to those of a human, but they were 6 to 7 inches long and four inches wide at the broadest section. There were five toes and an instep, but the heel was not easy to make out.

As an increasing number of climbers took on the challenge of climbing in the area, sightings unsurprisingly multiplied. By the 1950s, yeti sightings reached their zenith.

One of the most convincing cases that the legend is real was put together by Eric Shipton. In 1951, he took photographs of very unusual footprints on Mount Everest. Other investigation teams captured hair and fecal samples, but the test results were not definitive.

Perhaps the best-known yeti hunter is the alpinist Reinhold Messner. He first saw what he believed to be a yeti in 1986, and has allegedly seen others since. Messner’s book, My Quest for the Yeti, was released in 1998 and details his search and conclusions.

One of the most recent reports came from a group of Japanese climbers. They photographed more footprints but no one has been able to definitely say what made them. 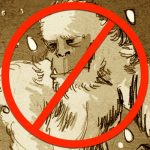 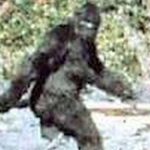