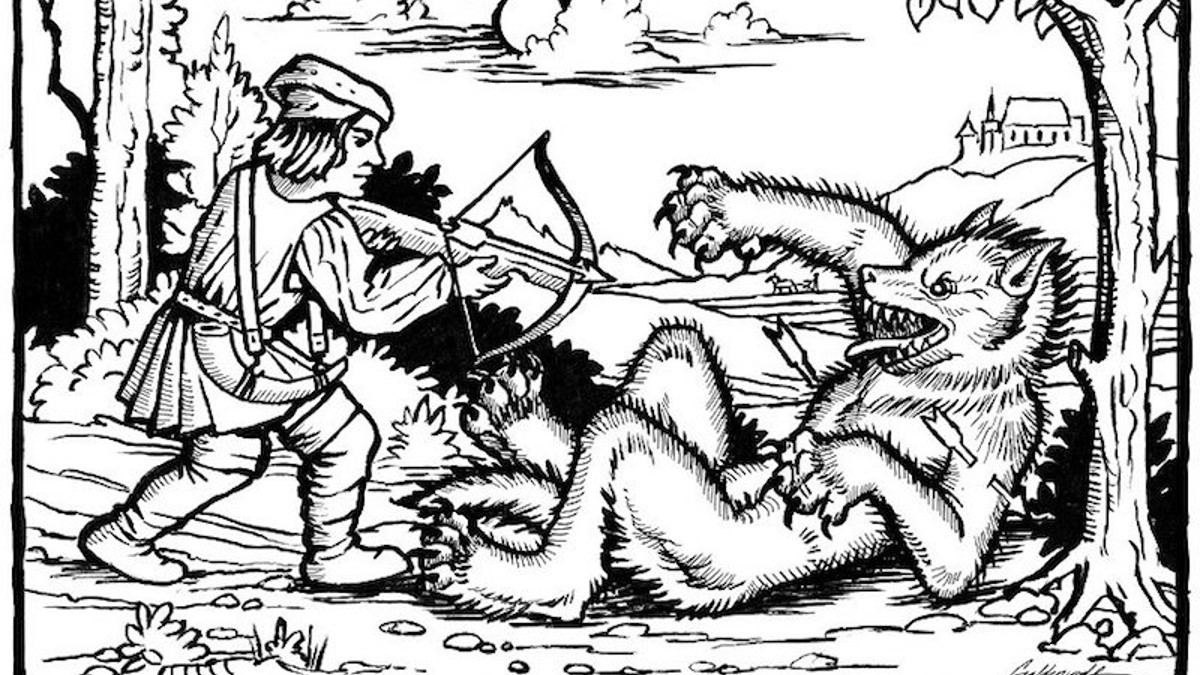 A rougarou is a werewolf-like creature said to inhabit the swamps, fields and forests of Cajun French Louisiana.

The legend of the rougarou is thought to have started in medieval France when werewolves were believed to be real.

By the 16th century, people who believed in the rougarou thought it to result from a genetic problem. The person would be absolutely normal, then something would happen to their body, and it would suddenly change.

As the legend passed from generation to generation and was carried to Louisiana by settlers, it changed slightly. One of the main changes is that the transformation was thought to happen when the moon was full.

There are many different versions of how people are said to become a rougarou. Some stories say it was due to a curse, while others say it is a punishment for committing a crime or doing an awful deed.

Another story is that if you encounter a rougarou, then you must keep quiet about it for a year and a day, otherwise you will become one too.

The beast is alleged to have the body of a man and the head of a dog or wolf. Although the legend has changed over time, certain characteristics in descriptions of the supposed beast are often the same — with it said to be between 7 and 8 feet tall, with sharp teeth and red eyes which glow red.

For years, the legend was believed to have been used to try to make children obedient and stay out of trouble. It was also said to have been used to encourage Catholics to obey their religion, with people being told that if they defied the rules of Lent for seven years straight, they would turn into a rougarou.

Native Americans have their own similar legend: the wendigo. It is believed that a person must become a cannibal in order to become a wendigo, but the physical similarity to the rougarou is undeniable.

The rougarou is believed to have superhuman strength, but no one seems sure of how to kill one if indeed they were to exist. Some say the rougarou can only be killed by fire, while others say it must be decapitated.

To try to ward off the rougarou, men are known to have put a leaf in their wallet while women drew a hexagon in the middle of their floor. Prayers were also said to keep the rougarou away.

There are also stories about the rugarou in Canada, thought to be due to its history of French settlers.

The rugarou remains an important part of Louisiana culture, and every year, the Rougarou Festival takes place in late October in Houma, a town to the southwest of New Orleans. The townsfolk organize events and parades with costumes celebrating witches as well as the rugarou.

In recent years, the event has used the festival to raise funds for the South Louisiana Wetlands Discovery Center, which aims to conserve the wetland habitat of the rougarou for all wildlife.

Some people, especially in French Cajun, Louisiana, still believe in the legend of the rougarou, and some of the older generations have personal stories of sightings.

One lady recounted the story of her son who, while walking home one night, realized he was being followed by what he assumed was a white dog.

The boy used his pocket knife to cut the dog’s right foot but says he then saw the dog turn into a man before his eyes.

The next day, a well-known physician appeared with a cut on his right arm. The physician shot himself soon afterward, and the boy took his own life a year later.

The boy left a letter for his family, which they passed on to the sheriff. The sheriff, to this day, reportedly refuses to let anyone read its contents.

In 1996, another lady came across what she thought was roadkill by the side of State Highway 12 in Louisiana. She described the dead creature as being about the size of a Saint Bernard, with thick hair and a monkey-like appearance.

It also reportedly had a baboon-shaped snout, small and pointy ears, and very long feet. She says it was like no animal she had ever seen.

Another alleged sighting was in Canada. A woman had asked her husband to go and get some food for dinner. Some time went by and he hadn’t returned, so she went out to look for him. As she walked along the road toward the town, she said she heard what sounded like animal noises.

In a flash, a werewolf-like animal was said to have attacked her. She managed to kick it in the face, leaving a deep scratch, and ran off – but the animal reportedly started to chase her on its hind legs, then on all fours.

Luckily, a car came along the road and the animal is said to have disappeared. The driver of the car was her neighbor, who drove her home.

On arriving back at her house it was claimed she saw her husband, who had a deep scratch on his face.