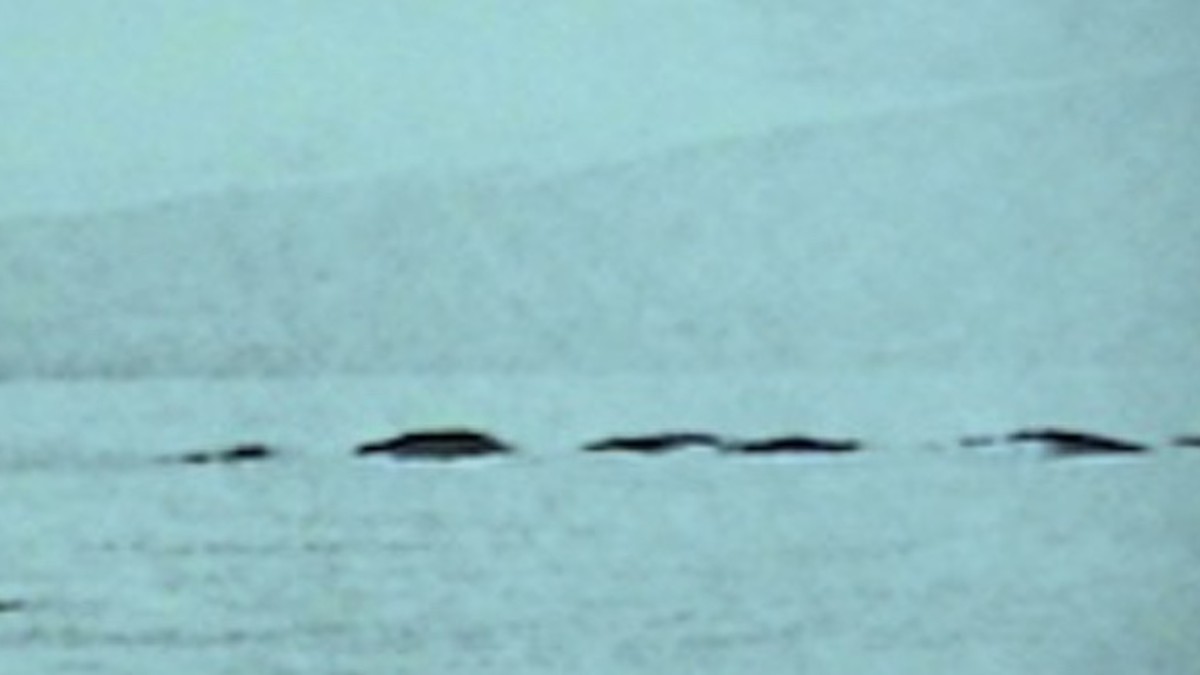 Ogopogo is a legendary lake monster said to inhabit the waters of Okanagan Lake in Canada. The legend originated among the First Nation community, who were part of the Okanagan/syilx Nation Alliance and lived in the area for 12,000 years.

When European fur traders began arriving in the Okanagan Valley in 1809, stories of a water-dwelling monster soon transferred to the new settlers.

Some legends say the Ogopogo would demand a live sacrifice from travelers in exchange for safe passage across Okanagan Lake. But some more mundane versions of the tale claim the creature was satisfied with tobacco and sage, with an occasional salmon.

The First Nation believed that the creature could take on two specific forms. It existed in spiritual and tangible forms; in solid form, it appeared very dark in color and had the head of a horse and the antlers of a deer.

As European settlers learned of a spiritual creature at the lake, the legend began to take a more animal-like form. This legend was replaced by the more modern Ogopogo legend, that of a benign sea serpent that calls Okanagan Lake home.

Similarities, of course, can be drawn with other lake monsters like Scotland’s famous Loch Ness Monster.
Although descriptions differ, Ogopogo has often been described as being multi-humped and dark in color — green, brown, gray, or black — and is thought to be around 15 to 20 feet long.

Its head has been variously documented as looking like a snake’s, a sheep’s, a horse’s, a seal’s, or an alligator’s. Some say it has ears and horns, while others disagree.

However, most observers, indeed most witnesses in the 21st century, are in agreement when they describe it as being like a snake-shaped dinosaur.

The first recorded sighting was by Metis settler John McDougall in 1855. McDougall was crossing the lake with his horses tied behind his canoe when something dragged the horses under the water. The canoe would have gone under, too, had McDougall not cut the rope.

In 1872, European settler Susan Allison insisted that she saw a dinosaur in the lake.

Interestingly, the first media report of Ogopogo preceded that of the more famous Loch Ness Monster by a good seven years. Roy Brown, the editor of the Vancouver Sun, published an article in 1926 about the reputed sightings of the monster.

In 1914 some Nicola Valley and Westbank Indians found the body of a creature across from Rattlesnake Island, a small island in Okanagan Lake.

The body was somewhat decomposed, but it was around 6 feet long and had flippers and a tail. An amateur naturalist in the area believed it might be a manatee, but no one could work out how such a creature could have found its way into the lake.

There are multiple modern recorded sightings of Ogopogo

A group of boaters may have seen Ogopogo in 1947. One witness, Mr. Kray, described the creature’s body as having about five undulations and a forked tail. He said the body was about 30 feet long and was very sinuous.

Another group of boaters saw a strange-looking creature in 1959. Mr. and Mrs. Miller and Mr. and Mrs. Marten were followed by something with a snake-like head and a blunt nose. The animal swam behind their boat, maintaining a distance of about 250 feet, before disappearing beneath the water.

The best film evidence of Ogopogo is arguably Arthur Folden’s 1968 footage. Spotting something large and lifelike in the distance, he pulled out his home movie camera and began to record. An investigation in 2005 revealed that the subject of the video was indeed an animal of some kind, although the investigators could not identify it.

Two separate sightings at the same location were reported in 1989. Hunting guide Ernie Giroux and his wife were standing on a bank of Okanagan Lake when they saw something emerge from underneath the water.

They say it was 15 feet long, swam very quickly and gracefully, and had a round head shaped like a football.

In July of the same year, in exactly the same place, Ken Chaplin recorded a video of what he says was a 15-foot-long, snake-like creature.

In 2022, Canada’s Global News interviewed several residents of Okanagan Valley town Kelowna, all of whom claimed to have seen the creature. Dale Hanchar and his wife Colleen were enjoying a warm Saturday afternoon out on the lake in 2022 when they saw the head of a creature in the water.

Dale described the Ogopogo as having stubby-like horns, and the couple believed it was sleeping when they saw it.

It is possible that some Ogopogo sightings can be attributed to logs in the water. There are thousands of logs in Okanagan Lake, harvested by the timber industry and floating just under the water’s surface.

In fact, a significant number of people have described Ogopogo as being similar to a straight, featureless log.

On top of that, Lake Okanagan’s geological features create long, unusual waves that can resemble the characteristics of Ogopogo.

There have been theories suggesting Opogogo could be a living fossil, a species that was considered to be extinct but actually found a home in the waters of Okanagan. For example, in 1938, the coelacanth fish, long thought to be extinct, was discovered swimming in the Indian Ocean.

Another possible theory is that Opogogo is just waves; however, the creature is often spotted in calm waters and has also been observed traveling against the waves.

One more theory speculated that it could be a sturgeon fish. These fish are known to inhabit the lakes and rivers of British Columbia. However, Okanagan Lake has been damned since the 1920s, which means the sturgeon’s spawning grounds have been cut off for 100 years. It’s highly improbable that a sturgeon could survive for that long.

Many of the Ogopogo witnesses, however, are credible people such as police officers and surgeons — these sightings actually now number over 200.

https://www.tourismkelowna.com/blog/post/the-legend-the-spirit-the-creature-the-history-of-ogopogo/, “THE LEGEND, THE SPIRIT, THE CREATURE: THE HISTORY OF OGOPOGO,” accessed January 30, 2023.