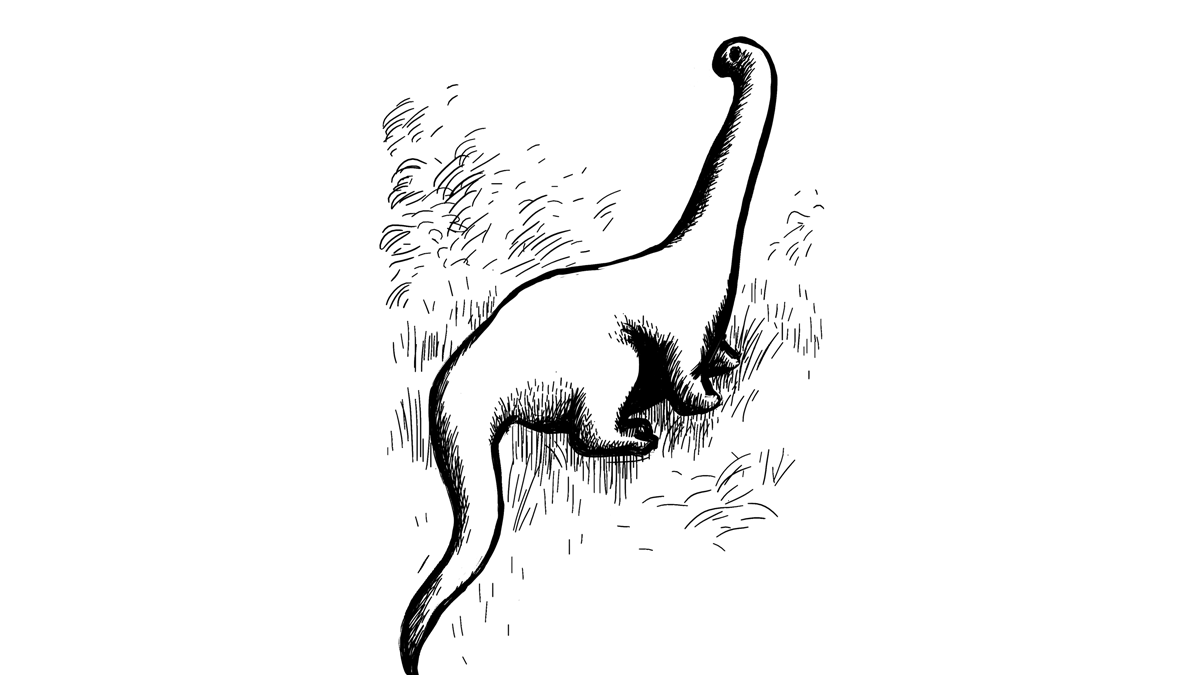 Described as a semi-aquatic creature, the Mokele-mbembe (the name translates to “one who stops the flow of rivers”) is said to inhabit the Congo River Basin.

Scientists and explorers have been hunting beasts in Congo – without success – for centuries.

The legend of the Mokele-mbembe, however, is somewhat more recent. In 1909, a zoologist named Carl Hagenbeck wrote a book called Beasts and Men, in which he speculated that sauropods may still be alive in Africa.

The only scientific basis or evidence for his theory was the fact that dinosaur bones had recently been discovered in Africa. The rest of his theory was based on nothing more than legends and rumors.

Nevertheless, some newspapers jumped on the fanciful theory and ran stories such as The Washington Post’s 1910 article titled “Brontosaurus Still Lives”. It was this media exposure that may have created the modern legend of the Mokele-mbembe.

Locals tell stories of a fantastic and ferocious beast that is as big as an elephant. Even though it is supposed to be a herbivore, it does apparently still viciously attack any animal or human that comes near.

The Mokele-mbembe is said to be semi-aquatic, primarily living near Lake Tele and the largely unexplored swamp jungles that surround it — although there are stories about the monster throughout many parts of the Congo River Basin.

Physical descriptions of the creature vary, meaning opinion is split over what the creature actually looks like.

Numerous accounts describe an animal similar to a big, aquatic rhino, with some of those descriptions mentioning a single horn. This description seems to have originated from the indigenous population.

These accounts have led some to believe that there could conceivably be an undiscovered species of rhino living in the area.

Interestingly, other accounts present a rather different picture (perhaps as a result of the modern legend precipitated by Carl Hagenbeck). The body size remains similar to that of a rhino, but with the additions of a long neck and tail.

This description resembles no known creature on Earth, but does seem similar to a type of dinosaur called a sauropod.

However, the idea that a species of sauropod could have somehow survived to live in the present day is considered highly unlikely.

The popular theory is that these creatures are a new species of rhino or perhaps even an unclassified animal of some kind.

The first written record (in the western world) of this monster is believed to be some notes made by Abbe Lievain Bonaventure Proyart in 1776.

A further written record was made in 1870 by a British entrepreneur called Alfred Smith. This creature, however, was referred to as Jago Nino, which translates to “giant diver”.

More recently, a local man told the BBC that he was in a boat when he saw the Mokele-mbembe. It rose out of the water and he was convinced the monster would have killed him had he not got away.

A number of expeditions have been carried out over the years. Dr. Roy Mackal, a monster hunter and retired University of Chicago biologist, undertook to visit the Likouala and Lake Tele regions of Congo (considered to be Mokele-mbembe hotspots).

These expeditions, conducted in 1980 and 1981, did not produce any conclusive evidence that the creature existed. They did, however, uncover more legends and stories.

A Japanese film crew launched their own expedition in 1992, during the course of which they took some aerial footage of a shape parting water in a lake.

Although the footage is far from conclusive – with some believing the shape to be a crocodile or an elephant – it remains the best evidence for the existence of the Mokele-mbembe.

Despite over 50 expeditions to the area there is a dearth of photographic evidence. Only fuzzy photos have been taken and these are inconclusive.

Dubious evidence for the existence of the Mokele-mbembe was uncovered by Peter Beach in 2006 while investigating the area. Peter claims he found footprints in a muddy area.

He took photos and made some plaster casts of the footprints, but scientists were unconvinced.

If you want to conduct your own investigation, you could explore the Dja River and the Boumba River, both of which are considered by locals to be hotpots.