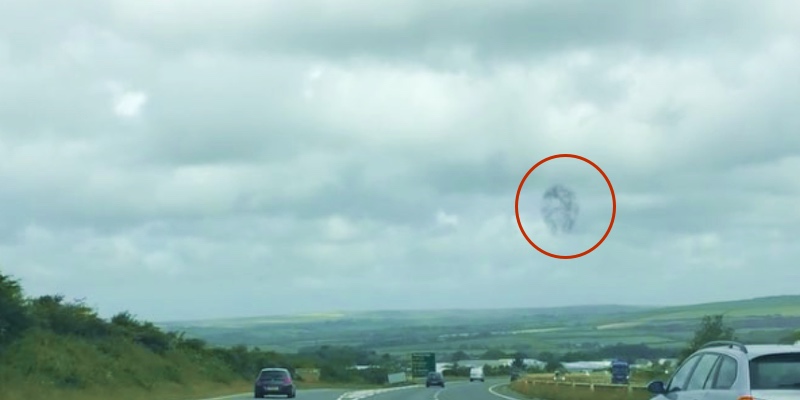 Last week in the southern part of England there were various sighting of a strange morphing swarm of objects, with several different clips being posted on social media.

Some people were quick to comment that the objects could be some sort of advanced alien technology, whilst others thought it was more likely a swarm of insects or a hige flock of birds known as a murmuration.

The first clip consists of footage taken whilst driving down the A30 road in Cornwall and the swarm can be seen changing shape in the sky.

The second clip was posted showing them near a local landmark known as Roche Rock.

Odd sighting at #Fistral today. Anyone else see it? #ufocornwall pic.twitter.com/YjKELgWqOL

Another woman posted a short clip with a sighting over the large town of Truro, seemingly spotting the pheonomia whilst on a trip to the hairdresser.

However, it’s been noted that the Eden Project is currently running a series of events about space and aliens and several commenters thought these clips were CGI enhanced and released as a publicity stunt for the event.

Sure enough yesterday Eden released a clip showing our alien visitors landing at the project.

The UFO spotted across Cornwall has landed! You’ll be granted access to our alien visitor from Thursday https://t.co/DMwcok68tQ #ufocornwall pic.twitter.com/fZVvpu4xUS

So sadly this case is not even a genuine UFO sighting, never mind any sort of extraterrestrial encounter.