Survey finds most Americans believe in aliens, Atlantis and ghosts but not psychics or Bigfoot 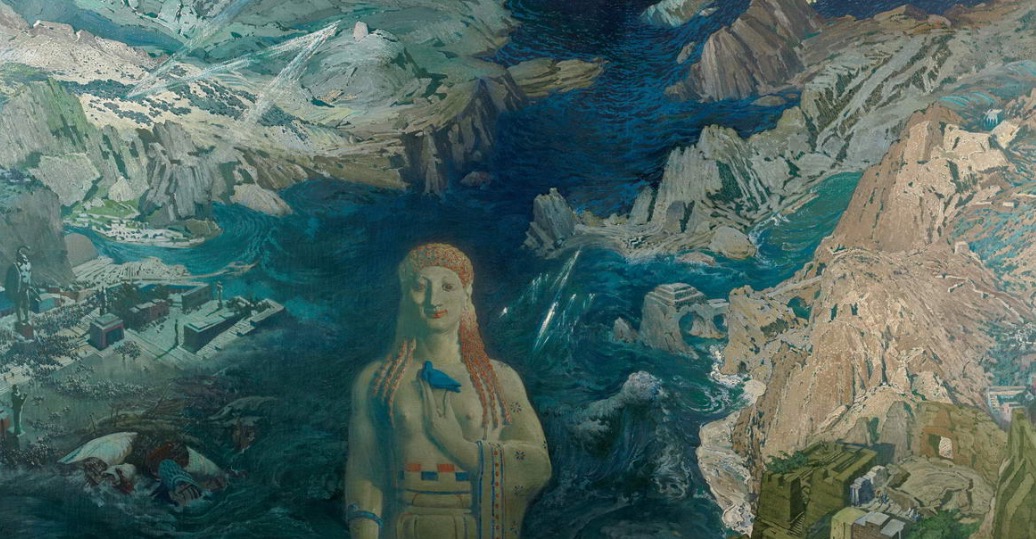 Leon Bakst’s vision of the destruction of Atlantis, the majority of Americans belief in ancient advanced civilizations

The Chapman University has been looking at how prevalent paranormal beliefs are in America in 2017 as part of their Survey of American Fears.

The results are pretty interesting with more than 55% of responders believing that ancient advanced civilizations like Atlantis once existed.

Almost as many, at just over 52%, believed that ghosts are real and that places can be haunted by spirits of the dead.

Aliens also did pretty well with 35% accepting that Earth has been visited by extraterrestrials in the ancient past and 26.2% believing that we’ve had more recent visits from space.

Coming in at 25% was the belief that people can move objects using their minds. 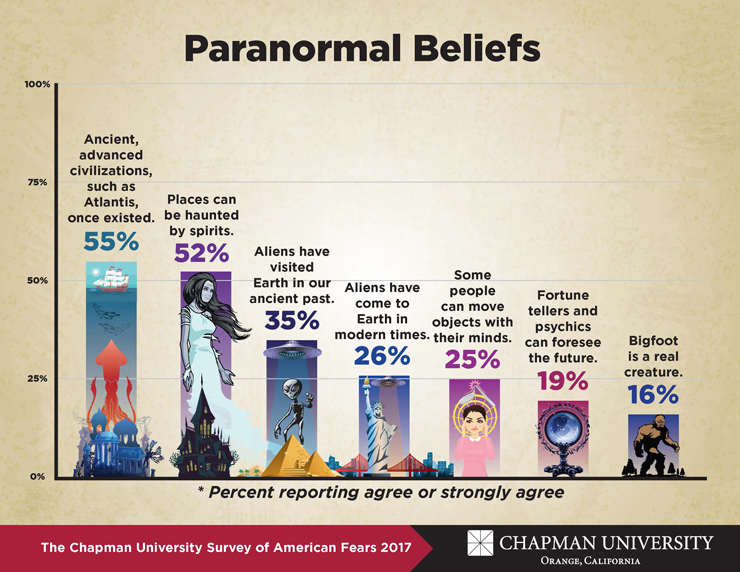 However, Bigfoot and psychics did less well with only 19.4% believing that fortune tellers can predict the future and only 16.2% believing that Bigfoot is a real animal.

The survey also looked at how various characteristics about the person were related to their belief in the paranormal. So factors like gender, age, marital status, religious tradition, income and even whether they lived in a city were all examined.

The survey found that those with the strongest belief in the paranormal, in order of the effect, tended to have lower incomes, say they were very religious, seldom attend religious events, be female, conservative, unmarried, live in rural areas or be on the west coast.

What do you believe in? All of the seven or none?