Paranormal Cirque: quite possibly the coolest circus act around

Something really interesting is happening in Florida, and they’re calling it “Paranormal Cirque”. It is kind of what it sounds like, a circus act with paranormal and horror themes, but it’s also much more than that.

There are traditional circus acts, cabaret, and paranormal theatre all mixed together with aerial displays and magic illusions to create something wholly different and unique.

The show is set under a black-and-red big top. When you first enter, you’re led through a corridor filled with jump scares, including a guy with a chainsaw. Once the show starts, apart from the circus/theatre going on in the ring, there are performers in the audience, as well. Some of the show features comedy pieces, which there has been some criticism about. (It’s reportedly kind of cheesy.)

This website lists dancing female zombies, the chainsaw-wielding dude that happens as soon as you get inside), a bed-ridden possessed woman who turns into some sort of flying vampire/demon and a slew of acrobatics. It’s also probably worth mentioning that all of the performers are doing these stunts and such while dressed in some sort of horror costumes, from scary creatures to all-out gore makeup. 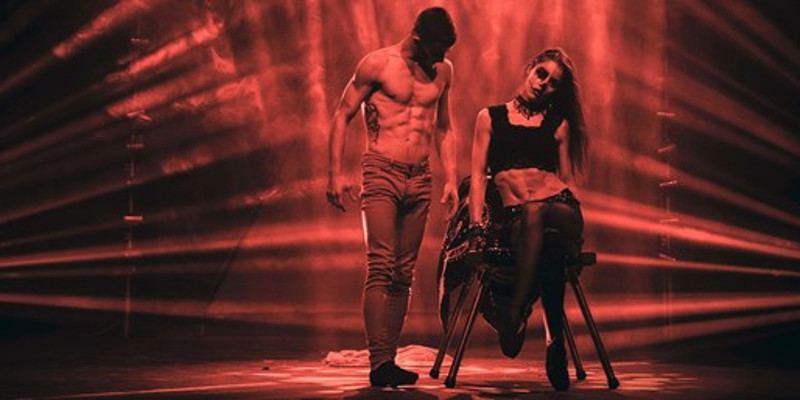 Paranormal Cirque has elements of circus, cabaret and horror theatre

If this sounds like it’s up your alley, there are shows in Palmetto until June 17th, then they’re moving to Ocala, Florida from the 21st-24th. There’s a lot of offensive, adult language, and themes throughout the show, so it’s rated-R. Anyone under 18 has to be escorted by an adult with an ID to enter. Tickets cost between $10-$50 and can be purchased at paranormalcirque.com/tickets.