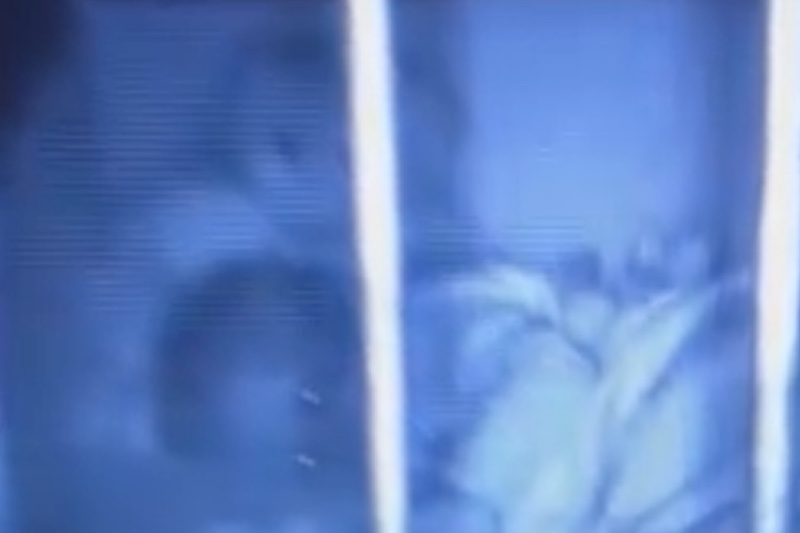 A ‘haunted’ teddy bear was caught moving on a baby monitor’s video.

Hank and Hannah Squiers, like many couples, set up a baby monitor in their infant’s room to make watching and taking care of their child easier. On June 1st, Hank said that the baby woke up and started playing with a stuffed animal, so Hannah started recording it. What they captured on the video was less heartwarming than it was creepy and altogether unexpected.

When Hannah showed Hank the video, he first noticed the temperature readout on the monitor. It read 66 degrees, and Hank says they keep the house at a consistent 70 degrees. So, this may be evidence of what paranormal investigators refer to as a “cold spot”. A “cold spot” is an area where the temperature inexplicably drops. It is theorized that the reason this happens is because spirits need energy in order to manifest. In instances of “cold spots”, they absorb the energy they need to manifest in the form of heat, leaving the surrounding area very cold.

After he noticed the temperature, the most obvious indication of paranormal activity occurred. Suddenly, the apparently haunted teddy bear that is behind the baby in the crib moves its head. It moves around as if it’s alert and looking around. The movement is not at all subtle. This is one of those paranormal videos where you don’t have to stare at it and wonder what you’re supposed to be looking for, where you’re supposed to look or when it will happen.

Between the cold spot and the inanimate object moving of its own accord, there’s a lot of stuff going on in this short video, including the haunted teddy bear. Hank says he’s very much a skeptic. But, he admits that he’s having trouble trying to find a scientific explanation for this event. Plus, he’s probably more than a little creeped out that this all happened right next to his baby!