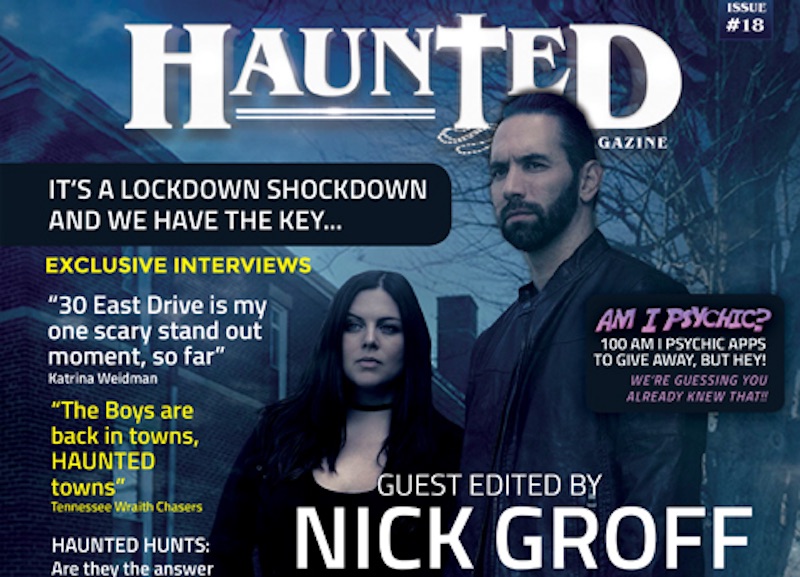 The edition of Haunted magazine guest-edited by Nick Groff

An issue of Haunted magazine guest-edited by Nick Groff has become its most-read edition ever!

The free paranormal publication’s 18th issue soared above all previous editions in terms of downloads thanks to Paranormal Lockdown star Nick taking on the editorial role.

Editor Paul Stevenson tweeted about the success of the issue — which also includes an exclusive interview with Nick — saying: “Issue 18 has now been viewed online/download over 137k times making it THE most read issue.”

#HauntedMagazine issue 18 has now been viewed online/download over 137k times making it THE most read issue THANK U SO MUCH!!

Nick had previously posted a picture on Facebook of him holding the magazine — which is also available in print.

He said: “Thank you #hauntedmagazine received mine in the mail today. I’ll be signing some at my next events.”

As well as the exclusive Q&A with Nick, the issue also included an exclusive interview with his co-star Katrina Weidman as well as one with Elizabeth Saint from Fhosts of Shepherdstown.

Nick recently revealed he and Katrina are set to return for Season 3 of Paranormal Lockdown in 2018.