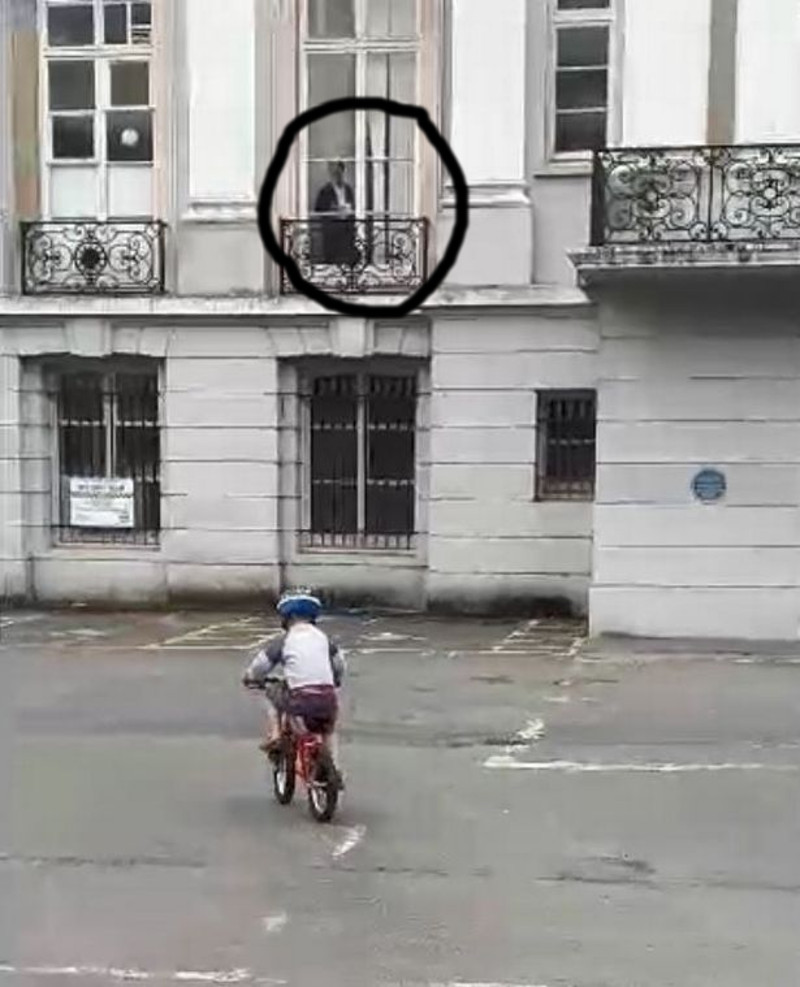 Louise Lenton was shocked to discover that she had inadvertently captured footage of a ghost woman watching over her son at Oldway Mansion.

She said that she had taken her 5-year-old son to practice learning to ride his bike in the parking lot of the mansion in Southwest England because it was flat, and seemed like the perfect place to practice. She didn’t notice the ghost woman while she was filming but saw it later that night when she was reviewing the footage in bed.

In the video, the boy can be seen doing laps around the parking lot. A few seconds into the video, the form of a woman in Victorian-style clothing is very clearly seen in a window on the first floor, looking down on the boy. It appears that she’s literally watching over him.

Louise took the video to the Torbay Council to demand an explanation, but only ended up with more questions. They told her that the only people who were in the building at the time were security guards. “It’s certainly not a security guard from what I can tell”, she says.

She describes the ghost woman as wearing her hair in a bun and wearing “period clothing”, which seems like a pretty accurate description. Louise says she’s normally a skeptic but can’t find an explanation for the ghost woman appearing in the video. “I would love to know who or what it is”, she says.

The video has since gone viral. People are speculating that the ghost woman could be Isadora Duncan. Isadora died in a freak accident in 1927. She was wearing a long, silk scarf in an open-top vehicle. The scarf got tangled and broke her neck. Why do they think it’s Isadora?

She was rumored to have had an affair with the millionaire, Paris Singer. Paris was the son of Singer Sewing Machine founder, Isaac. Isaac bought an estate on the property and made plans for it to be turned into an elaborate mansion, but died before it was completed, leaving Paris with a healthy inheritance, and charging him with the task of completing the mansion. 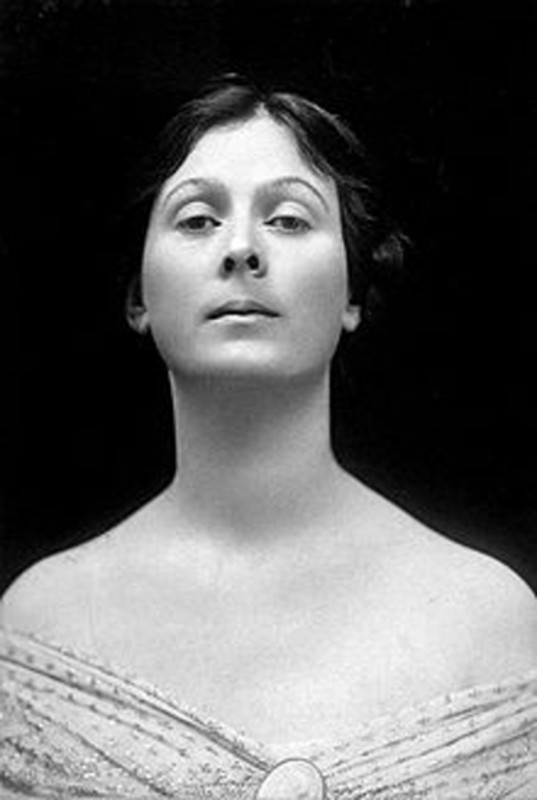 People are speculating that the ghost woman could be Isadora Duncan

Oldway Mansion has a storied past, having been used during both World Wars and being built in 1871. So, could the ghost woman be Isadora Duncan, someone who had visited the mansion, or someone else entirely? The mystery continues…