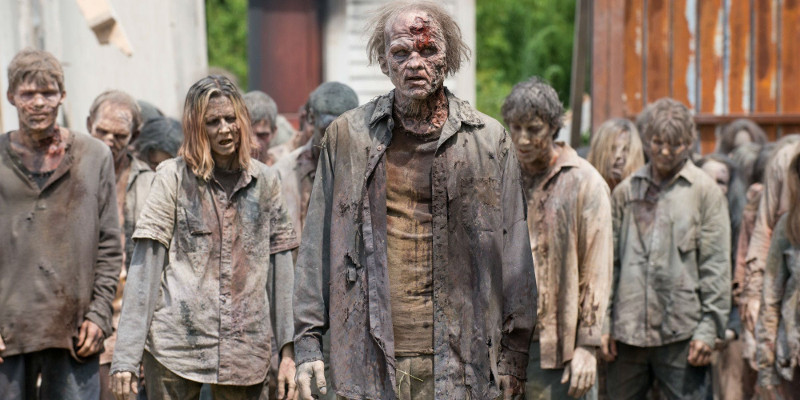 Sunday, at around 1:45am,  a cell phone message was sent out to alert citizens of a power outage in the Lake Worth area of Florida, but it also contained a zombie alert.

The alert read “zombie alert for residents of Lake Worth and Terminus”. For those who are unaware, Terminus is a fictional town from the widely popular comic book/tv show about a zombie apocalypse, The Walking Dead. 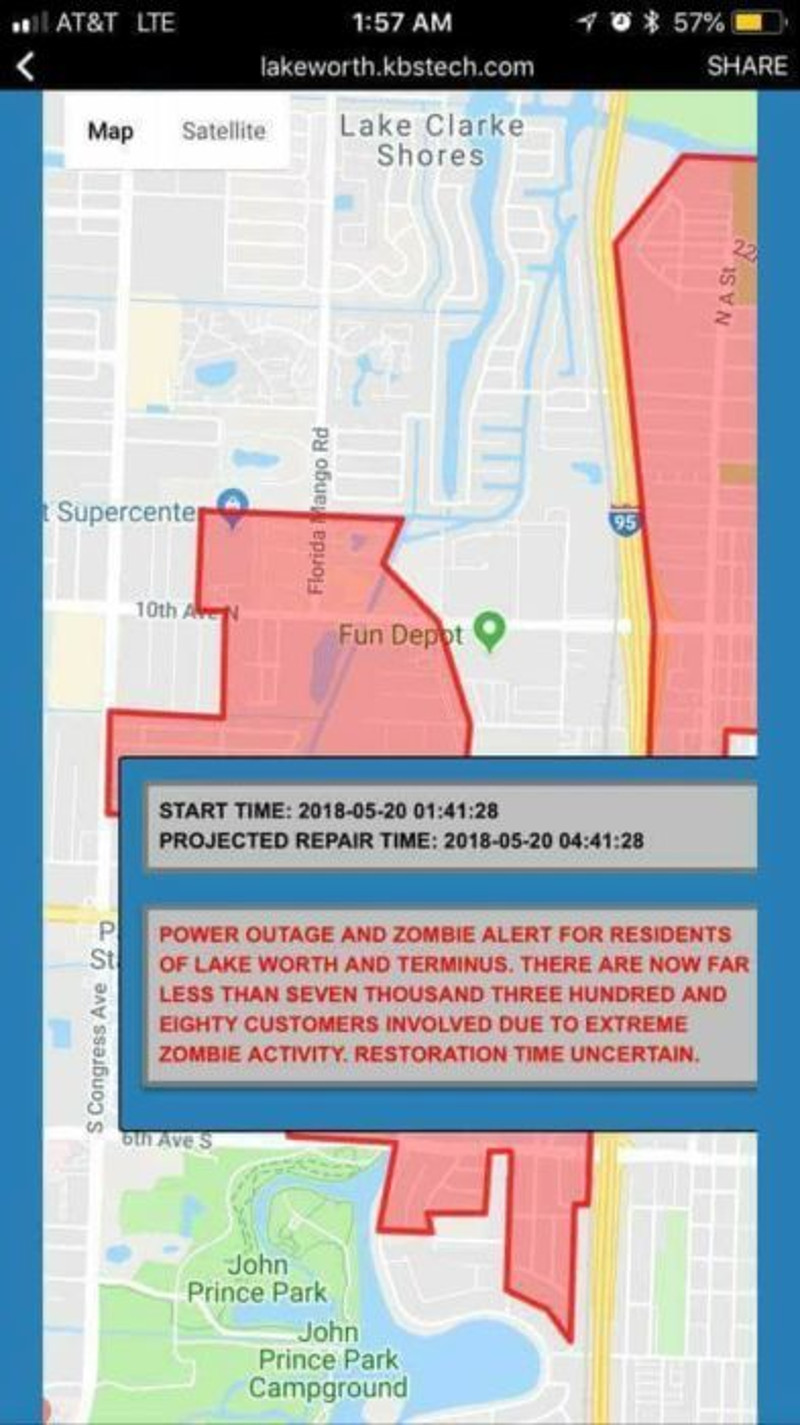 The zombie alert that was sent out to nearly 8,000 people in Florida

Ben Kerr is Lake Worth’s public information officer and he took to social media to try to ease citizen’s concerns about the zombie alert.

Posting online he wrote: “I want to reiterate that Lake Worth does not have any zombie activity currently and apologize for the system message.”

Kerr explained that the message was one of thousands that were prewritten in the event of an outage and says that an employee may have just added the zombie bit as a joke. He jokingly said “I will alert anybody if there is a zombie.”

Over 8,000 people were left without power and the outage lasted for 27 minutes.