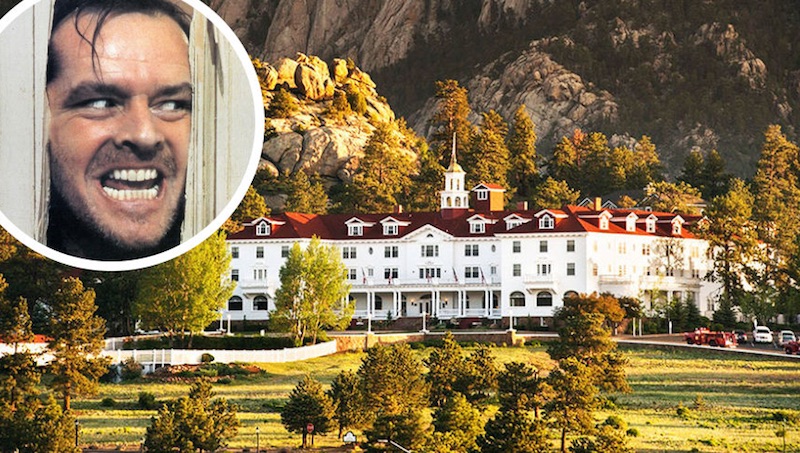 The Stanley Hotel in Colorado and Jack Nicholson in The Shining, which was inspired by it

Tales of haunted Inns and Alehouses were a staple of fireside conversation in Europe for hundreds of years. The Victorians, in particular, loved anything macabre and having a ghost story attached to your business was as much a boon for tourism then as today.

The notion of the haunted grand hotel was popularised in America by Stephen King after his third published novel The Shining became a sensation in 1977.

During the 20th century, as people became increasingly interested in the science of paranormal investigation, the haunted tourist industry (boosted by ghost-hunting TV shows) became even most successful.

If you’re looking for a truly creepy experience while on vacation, here are what are widely regarded as the 10 most haunted hotels in America.

The Stanley Hotel in Estes Park, on the edge of Rocky Mountain National Park in Colorado

Built in 1909 by Freelan Oscar Stanley and his wife Flora as a health retreat, guests at The Stanley hotel in Estes Park can take in the glacial air, breathtaking views of the Rockies or “check out” a myriad of spooky phenomena.

In the 70s author Stephen King made an unexpected visit during a snowstorm. King had a nightmare that his three-year-old son was being chased through the halls, and the result was the book and Jack Nicholson movie The Shining.

Visitors report seeing orbs, feeling cold spots and strange presences. Staff claim that the spirits of the hotel’s former owner roam its corridors, Eddy an ex-lighting technician plays with the electrics and a young Led Zeppelin fan slams doors in the basement.

However, most of the hotel’s reputed phenomena only seem to have occurred after the popularity of King’s book.

Originally constructed in 1886 in Eureka Springs as a resort, the Crescent Hotel re-opened in 1908 as a women’s college, and again in 1937 as a hospital before becoming a hotel again in the late 1940s.

Most of the Crescent’s hauntings seem to stem from its dark time as a hospital. On the run from the law, conjurer-cum-businessman-cum quack doctor Norman G. Baker ‘treated’ cancer patients in the building until his arrest.

After dark, visitors and staff claim to have seen an old-fashioned nurse pushing a gurney down the third-floor corridors. The hotel still contains Baker’s ‘morgue’ and the doctor himself can allegedly be seen hanging around the basement. 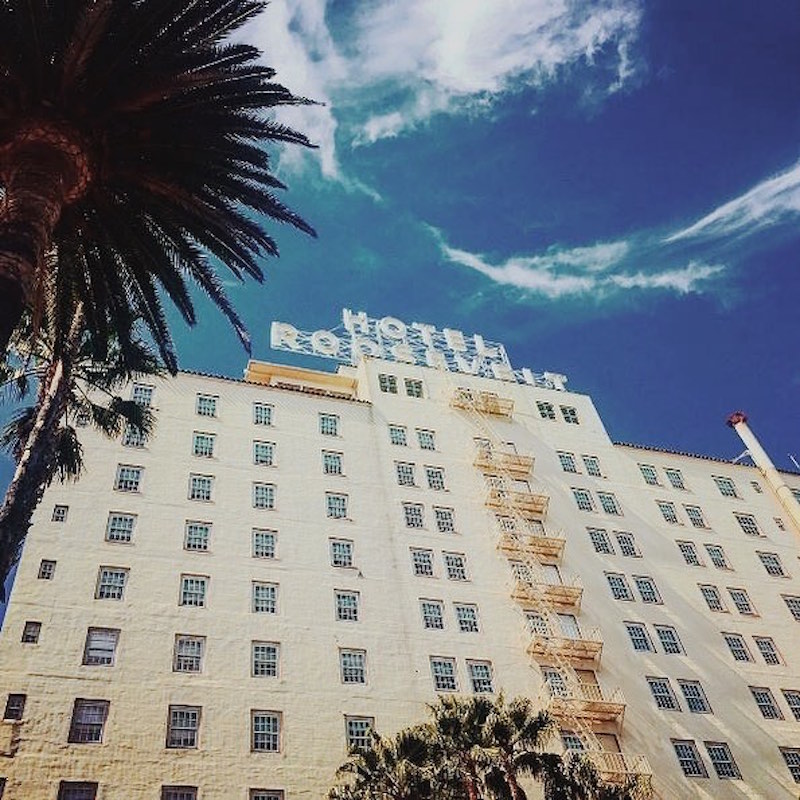 In ‘Tinsel Town’ the party never ends, even after death, or at least for guests of the Hotel Roosevelt; a ‘haunt’ of old Hollywood’s rich and famous.

A-list spooks that continue to frequent the Roosevelt include Marilyn Monroe — who guests staying in room 229 reportedly see staring at herself in the mirror — and Montgomery Clift, who supposedly continues to play the trumpet in room 928 on occasion.

Dating back to 1927, other phenomena that the living guests of the upmarket hotel say they have witnessed include cold spots, orbs and faulty electrical devices. 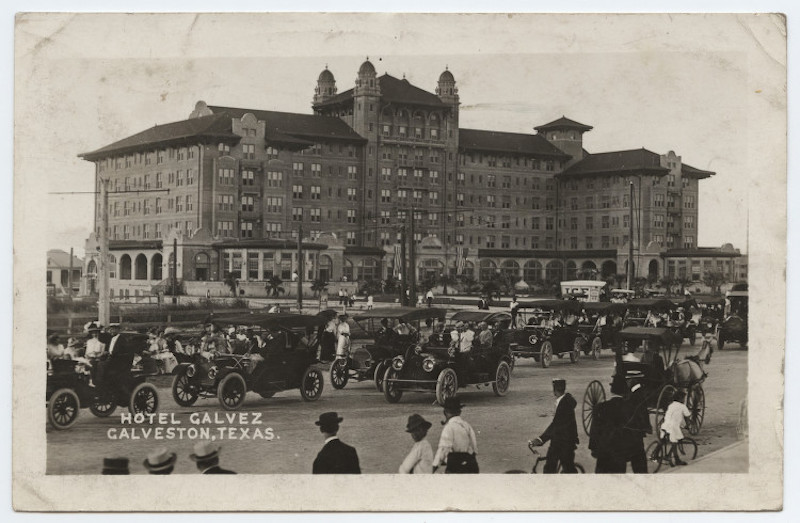 An old picture of the Hotel Galvez in Galveston, Texas

This historical Gulf Coast, beachfront hotel was built in 1911 after a massive hurricane devastated the local area in 1900.

From a supernatural perspective, The Galvez had prime real-estate from the start; as it was rumored locally that a nun and six orphans were drowned trying to make it to high ground during the storm and that the nun can still be seen walking the sands at night.

Hotel staff claim room 501 is haunted by the wife of a shipwrecked seaman who killed herself upon hearing about her lover’s death. The cliffs around the hotel are indeed a notorious shipwreck spot so there could be some truth to the tale. 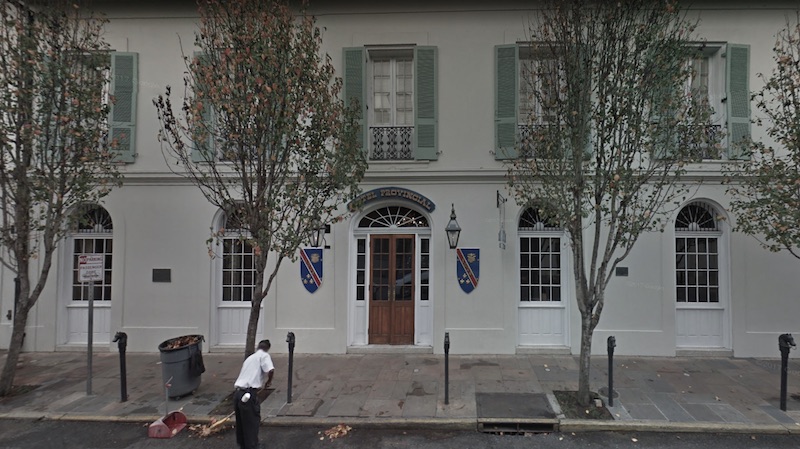 An exterior view of the Hotel Provincial in New Orleans. Pic: Google

The French Quarter of New Orleans is renowned for its great architecture, long history and spooky goings on.

Owned by the Dupepe family since 1961, some of the buildings that make up the Hotel Provincial are built on land where a military hospital once stood.

One room reportedly houses the spirit of a lovesick soldier who insists on constantly changing the radio to soft rock stations to the dismay of tired travellers. 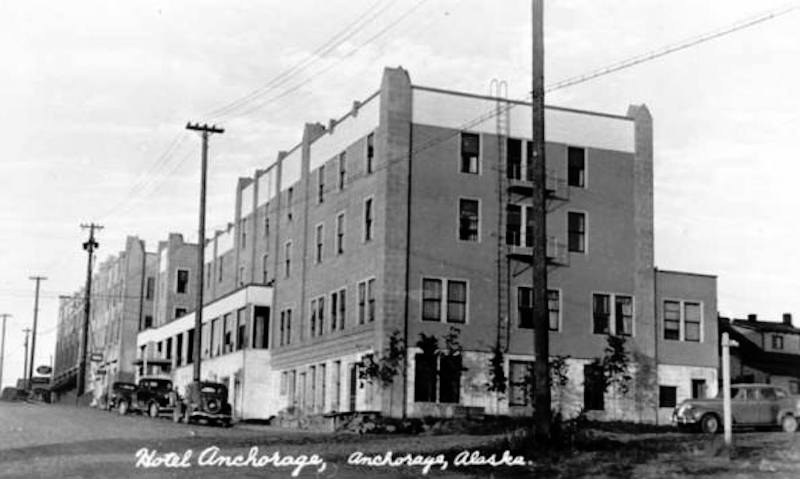 An old photograph of the historic Anchorage Hotel in Alaska

The city of Anchorage’s first police chief, John J “Black Jack” Sturgis, was shot down in cold blood with a bullet from his own gun just steps from the historic Anchorage Hotel. The murderer was never found, and door staff claims that Black Jack’s ghost returns to the hotel each year on the anniversary of his death in search for his killer.

Situated in its current location since 1936, the Anchorage is such a hot-spot for strange phenomena that the hotel even keeps a log of “activity” reported by its guests such as pictures flying from walls and faucets turning on and off unaided. 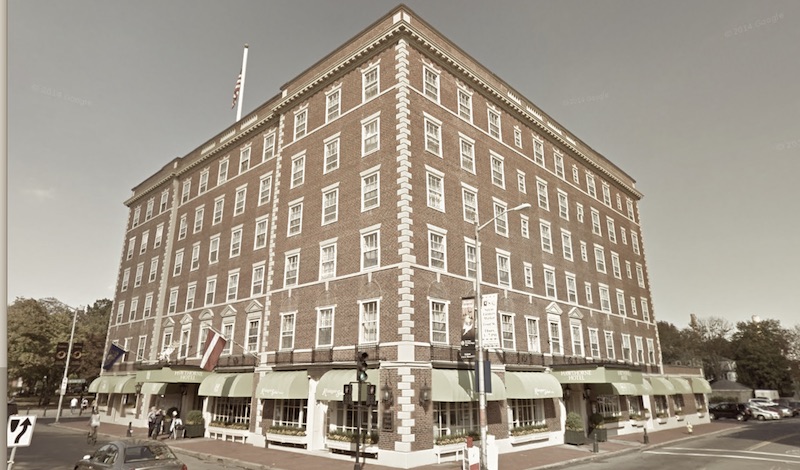 On its inception in 1924, the Hawthorne was envisioned as a “modern hotel for Salem”. However, in the city famous for its 1692/1693 witch trials the specters of the past had no qualms about making themselves at home in a modern hotel.

The sixth floor, in particular, is reputed to be abuzz with ‘activity’ with reports from guests of tugged sheets, creepy presences, cell phone and electrical interference.

In 1990 a séance was conducted to make contact with the ghost of Harry Houdini in the Grand Ballroom where he had once performed, but it was unsuccessful.

Stood amongst the natural beauty of the Yosemite National Park, the Ahwahnee Hotel (now called the Majestic Yosemite Hotel) was built in 1927 in a blend of Art Deco and Native American styles.

Yosemite is considered a mystical location by the local Miwok Indians who tell a legend of the spirit winds that unexpectedly push people over the park’s famous falls.

JFK once visited the hotel and staff have allegedly seen a phantom rocking chair, similar to the one JFK once sat in, rocking gently in the dead of night.

The hotel’s former proprietor, Mary Curry Tresidder, is rumored to glide the halls still checking on her guests from beyond the grave. 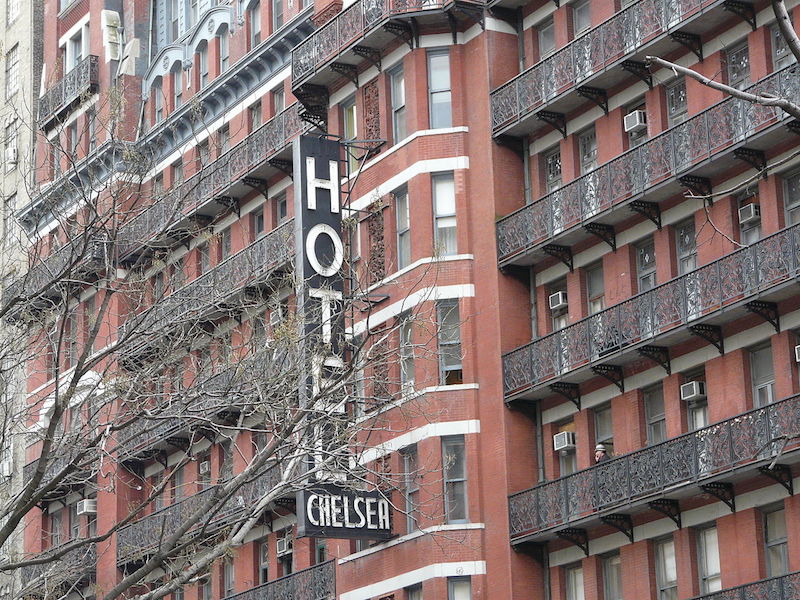 Built in 1894, the Hotel Chelsea survived many bankruptcies to become a beacon for artists and a New York landmark.

The Chelsea was frequented by the likes of Andy Warhol, Jack Kerouac, and Arthur Miller but by the 70s it was looking worn and became the scene of a notorious tragedy.

In 1978 Nancy Spungen, girlfriend of Sex Pistols rocker Sid Vicious, was found stabbed to death in their room. Vicious claimed to have no memory of events but was charged with her murder and died from a drug overdose while out on bail.

The pair’s ghosts are said to play tricks on the building’s residents especially near the elevators. 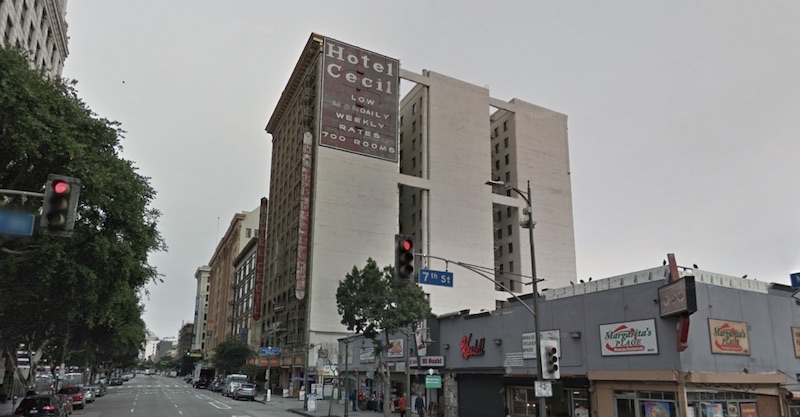 Known as the Cecil Hotel before its rebranding, this notorious LA hotel is considered a haunted hotspot thanks to a string of murders, suicides and mysterious goings on.

The Cecil was built in 1924 for $1million but the depression hit and skid row grew around the hotel, attracting drugs and prostitution. Many hopeless souls have jumped from windows of the Cecil and two serial killers, Richard Ramirez and Jack Unterweger, stayed at the hotel during their killing sprees.

In 2013, CCTV emerged of the bizarre behavior of guest Elisa Lam, who was later found drowned on the roof, appearing to interact with an unseen presence. The footage inspired the writing of American Horror Story: Hotel.