Built in the early 1940s as part of the USA’s fleet of aircraft carriers, the USS Hornet served in the Pacific Fleet during World War II. Being a mobile air base, the ship played a very important part in each campaign it was involved in.

The USS Hornet had an exceptional career, receiving seven battle stars and the Presidential citation during World War II.

The ship also saw service in the Korean War and last saw combat in the Vietnam War.

In total, the USS Hornet and its air groups shot down 688 planes, destroyed a further 742 aircraft on the ground, and sunk 42 cargo ships and 10 destroyers.

Retired on January 15 1970, the USS Hornet was decommissioned in June of the same year.

Over its 27 years of service it is thought that more than 300 men lost their lives onboard. Most of those lives were lost during combat, while other men died in horrendous accidents or took their own lives. The USS Hornet, in fact, has the highest suicide rate of any ship in the US Navy.

The ship’s rather gruesome history could explain why it has the reputation of being the most haunted ship in history. Even confirmed skeptics have admitted to seeing things they simply cannot explain.

Today, the USS Hornet is a national historic landmark and is open to visitors. It remains a testament to the men who risked, and sacrificed, their lives during wartime. Its restoration is an ongoing process.

Many staff and visitors have reported unusual events and sightings over the years.

Perhaps the most common reports from the USS Hornet concern the alleged sightings of ghostly crew members.

Witnesses have reported being passed in a corridor by a man in a naval uniform. When they have tried to engage the person in conversation they have been ignored. One lady said there was no air movement as the man she saw walked by, leading her to believe that he was a ghost.

People who have slept on the ship have reported instances of their bed being pushed from below, even if they are the only person in the room or there is no one sleeping below them.

Some people have said they have noticed unusual items in photographs – items which they swear were not there when they took the photographs.

One visitor took a photograph in one of the rooms in the medical wing. There was an empty chair in this room and it was captured in the photograph.

On reviewing his photographs, a shiver went down the photographer’s spine. In the chair, he could see the figure of a man in an old-fashioned pilot’s helmet. The man seemed to be tied down.

Another visitor took a photograph of a room containing an X-ray machine. The machine was clearly on, but the cord was not plugged in.

Another photograph showed what seemed to be a human-shaped shadow lying on a bed. When taking another look later on, there was now an axe on the bed that had definitely not been there before. Strangest of all, the photographer says he hadn’t even taken photographs in these rooms.

Numerous people have said they have heard voices onboard the ship. These voices are heard in various places and there is no obvious rational explanation for them.

Naval staff have reported hearing ghostly voices near their bunks and in isolated work areas of the ship. Others have said they have heard someone speak to them, only to turn around and realize they are the only person in the room.

A common report is that of hearing men’s voices near the sinks in one of the restrooms. The voices, although indistinct, are recognisably human and are not coming from any other room. 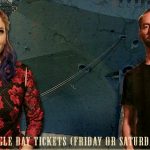