Cruise liner the RMS Queen Mary has been the scene of apparent paranormal activity for many decades. It is now permanently docked in Long Beach, California.

Built in Scotland from 1930 to 1936, RMS Queen Mary was designed to be a luxury cruise liner. Indeed, it played host to the great and the good of the time. At over 1000 feet long, it was then the largest ship in the world.

When World War II broke out the ship was converted to enable it to be used to transport troops. During its service RMS Queen Mary took many thousands of soldiers into Europe.

Sadly, the ship’s ventilation system could not cope with the number of passengers it was now carrying and some of the soldiers died from heat exhaustion.

By 1947, following 10 months of work, the ship had been converted back to a cruise liner. She sailed the seas for the next 20 years before being permanently decommissioned and docked in December 1969.

Today, she is used as a floating museum and hotel, playing host to word-class restaurants and suites. Historical tours are given and the “hauntings” onboard are well-publicized – RMS Queen Mary certainly seems to have embraced its haunted status!

RMS Queen Mary seems to be the home of a veritable stable of spirits.

It is said that “Harry” can be found in “Shaft Alley”. He was a young man who was mysteriously crushed to death behind one of the heavy doors in this part of the ship. These doors take 60 seconds to close, meaning that Harry’s death is deemed to be rather suspicious. Harry seems to be one of the ship’s most active spirits and is usually seen near door number 13, where he died.

Dana, whose whole family was allegedly murdered onboard the ship, is said to haunt the second-class pool and cargo areas. Apparently she calls out to her mother and can often be seen playing in the cargo area.

This has not functioned as a pool for many a year, yet some ghostly ladies still seem to frequent it dressed in their 1930s bathing costumes. Guests have reported seeing wet footprints leading to the changing area and, supposedly, you can hear the sounds of the ladies splashing in the water and laughing.

Another pool area is renowned for sightings of a little girl, thought to be called Jackie, who cuddles her little teddy bear. Poor Jackie drowned in the pool, but it seems she has not moved on. Many visitors have sworn they have heard her giggling.

This chap is an exceedingly well-dressed gentleman who has reportedly been seen enjoying a drink in Sir Winston’s Bar Area. The Dude is known for being pretty interactive with visitors.

Chillingly, this room is off-limits and is permanently locked. No guest is permitted to stay here because the room is so violently haunted. It is thought that the haunting escalated after a member of staff was murdered in the room.

Strange events have been reported by guests staying in the first-class staterooms. Taps are alleged to turn on by themselves, lights are switched on and off, footsteps have been heard and, sometimes, heavy breathing.

Others say their bed sheets have been pulled off by an invisible force, while some have answered a ringing phone in the middle of the night, only to find there is no one on the other end of the line. 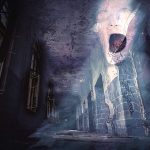