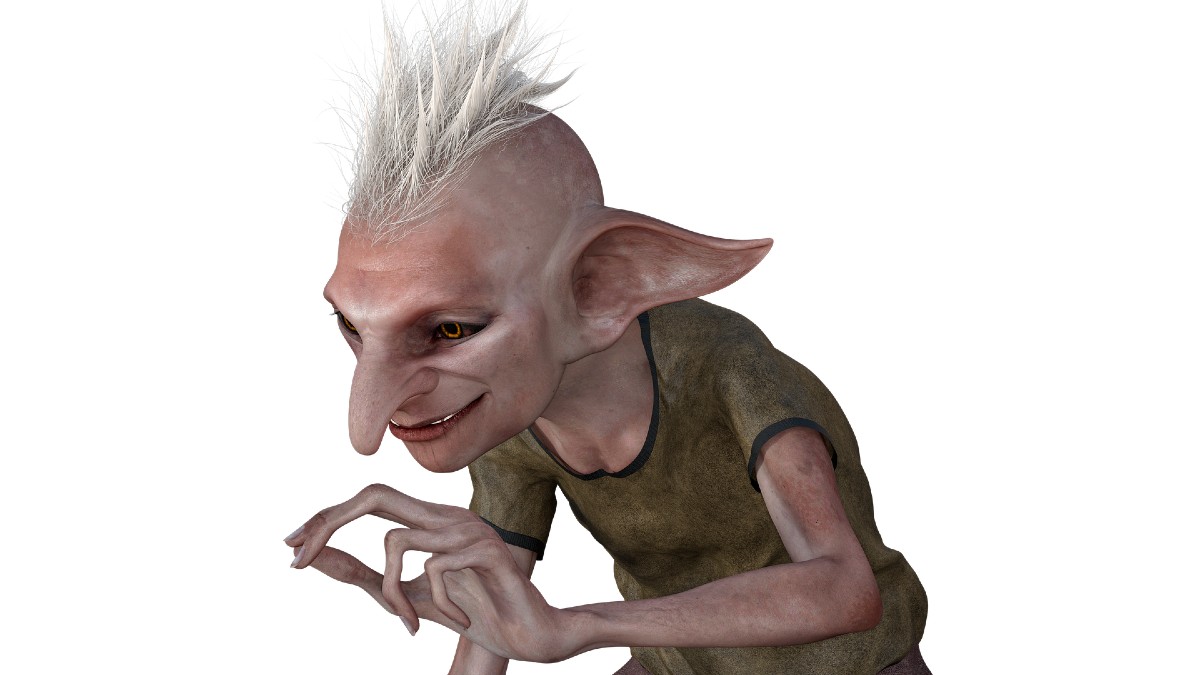 The Pukwudgie is a legendary creature from Native American folklore, said to resemble a human but smaller and with slightly different features.

The name means “person of the wilderness.”

The Pukwudgie, sometimes spelled as Puckwudgie, mainly inhabits wooded areas and seems to resemble a goblin or fairy-type creature.

Pukwudgies are to be found in the legends of multiple native-American tribes. They inhabit a wide geographical area that includes, but may not be exclusive to, the northeastern United States, southeastern Canada, and the Great Lakes region.

The creatures have many different names from a wide variety of different native languages.

Pukwudgies are said to be diminutive creatures — imagine something similar in size to a troll or a small goblin, and that will give you a good idea of its stature.

They look very similar to humans, except their ears, fingers, and noses are proportionately larger. Their skin is gray and smooth, and sometimes it glows.

Native American tribes have many varied tales of this creature. According to these legends, the Pukwudgie is capable of both good and bad deeds.

According to some, these child-sized creatures can be helpful and kind to humans. Others say it is a troublemaker, prone to committing such acts as kidnapping and sabotage.

Pukwudgies are meant to have magical weapons and use them to defend themselves against any threats.

Pukwudgies are supposed to be able to disappear and reappear whenever they wish, transform into a half-human, half-porcupine, and create fire from nothing.

Some legends portray the Pukwudgie as a being who tricks and teases people – bothersome, indeed, but not necessarily life-threatening.

The Pukwudgie has a dark side

Other legends tell an altogether more disturbing story, with Pukwudgies shoving people off cliffs, causing various accidents, and even driving some people to take their own lives.

These dark legends arose from the war the Pukwudgies had with the Wampanoag tribe (according to legend). The tribe had great affection for their benefactor Maushop the giant, and the Pukwudgies’ attempts to help the tribe were interpreted as being irksome.

The tribe asked Maushop to rid them of the perceived nuisance, so Maushop threw the Pukwudgies out of the area, killing many in the process.

The survivors were angry and mounted an attack on the tribe, burning their houses, killing the adults, and kidnapping the children. Maushop sent his five sons to fight the small creatures, but they killed all five.

Enraged, Maushop and his wife resolved to kill the Pukwudgies. It is believed the Pukwudgies tricked Maushop into a vulnerable position, thus enabling them to kill him, but there are different versions of the story.

A woman named Joan was walking her dog along a path in the Freetown State Forest, Massachusetts, when, out of the blue, her dog bolted off into the forest, dragging her along.

When the dog stopped running, Joan found herself face to face with a small creature. He was about two feet high, with pale gray skin and very short legs. His lips were large, and he had a canine-like nose.

Joan and the creature stared at each other until the dog pulled Joan back to the path.

This in itself was very unsettling, but to make matters worse, the creature would then appear at Joan’s window in the middle of the night and wake her up. These nocturnal visits stopped when Joan moved away from the area.

Meanwhile, a man called Tom says he has seen a Pukwudgie on two occasions. The first was when he was walking through the Freetown State Forest one night.

He saw a glow in front of him, a glow that seemed to swell as if it were breathing. Tom followed this glow until it vanished.

Turning around, he saw a two-foot-tall creature covered in fur with a nose like a wolf. The creature ran off, emitting an eerie moan as it did so.

Tom’s second meeting with what he believes was a Pukwudgie was in the Freetown State Forest’s parking lot. He had parked his car, put the radio on, and was enjoying the solitude when he saw the same creature he had seen in the woods.

Being only 20 feet away, Tom recognized the creature instantly and noted its glowing red eyes. Tom says his car’s engine turned on by itself, and the radio began to blare. Panicked, he drove home at speed.

As seen from the above sightings, the Pukwudgies are often associated with the forests of New England. However, the troll-like beings are also prevalent with native-American tribes in Indiana.

The area around Anderson, IN, and particularly the woods around Mound State Park, has experienced multiple sightings of Pukwudgies.

Author and archaeologist Paul Startzman has written extensively about his own sightings of mysterious goblin-like animals in the Mound State Park.

These encounters first began back in 1927 when he was just ten years old. While hiking in the woods, Startzman was interrupted by a small man about half the boy’s size. The Pukwudgie had greyish-blonde hair that looked like a helmet, with ears protruding out.

Over the following decades, Startzman went on to document his many encounters in his book, The Puk-Wud-Jies of Indiana.

He also interviewed multiple locals about their own experiences. He spoke to one woman, known only as Eloise H., who explained that when she was a young girl, she had been playing in the woods when she was approached by a group of little people.

Eloise said the little people spoke a strange language she could not understand. She also claimed that they approached her again years later when she was in the woods.

It seems from the above sightings that Pukwudgies may latch on to certain people and follow them for years. But in all these cases, they appear benevolent.