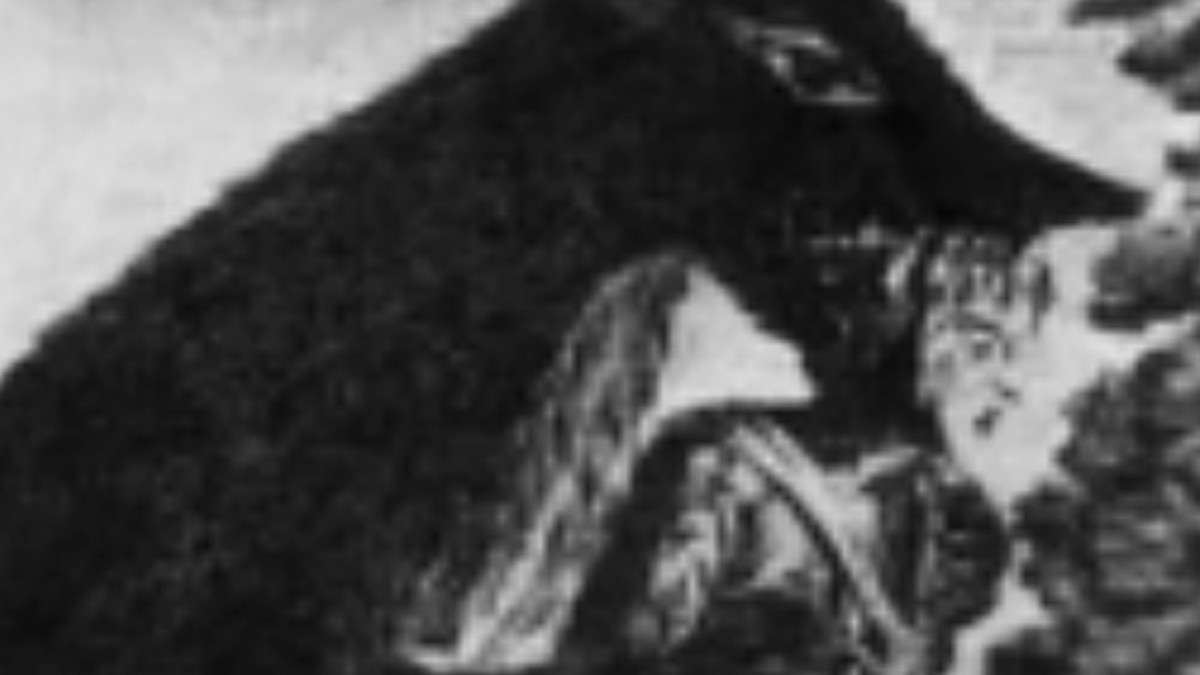 The Onza is a purported big cat, similar in size and characteristics to a small cougar, which is said to live in the mountains of the Sinaloa region in north-western Mexico.

The Onza is thought to originate back to the Aztec era when legends suggest they were kept as pets by the elite.

Cryptozoologists have debated the identity of the Onza for decades.

The Onza was named by the Spanish settlers (“onza” is the Latin word for “cheetah,” and the Spanish believed the animal to be a North American species of cheetah).

Its original name was Cuitlamiztli, a name that had been given to the beast in Aztec times. Interestingly, according to legend, there are thought to be two types of Onzas living in Mexico.

The other type of Onza is referred to as a “jaguarundi” and is distinct from the Onza we are discussing here. Somewhat confusingly, the name “onza” is commonly used to describe both types of animal.

It is thought that the Spanish accounts of Onza encounters in the 16th, 17th, and 18th centuries may relate to the jaguarondi, not the Onza. The jaguarundi, or “onça,” is a well-known animal native to Mexico and, possibly, the southwestern USA.

In fact, “onza” was often used to describe any unknown feline encountered by the Spanish settlers. The settlers would often assign local species with old-world names, which only added to the confusion.

The Onza is similar to the cougar

The Onza has been described consistently by those who have come across it. The animal is slightly smaller than a cougar, with very slender limbs and a rather long tail for its size.

It also has wolf-like ears and faint stripes, particularly on the lower part of the legs.

People who either saw it or killed it believed it was not a puma, cougar, or jaguar – its appearance was simply too different from these animals. The Sinaloa based Onza was particularly similar to a cougar; however, it differed in having skinnier legs, ears, and body.

The Onza was dismissed by the scientific world for many years, despite the reports and eyewitness accounts.

However, in 1998, researchers at Texas Tech University examined a frozen Onza corpse and declared it to be a mutant cougar – not a standalone species.

Onzas have a number of unique features, including non-retractable claws (the same as dogs and cheetahs). They have also been noted for their long slender bodies and ears. Some onzas have stripes on the legs, whereas others have spots.

Their hunting style is markedly different. Because of this, some cryptozoologists hope that the Onza will be recognized as a species in its own right.

DNA testing of a supposed Onza revealed the animal had molecular characteristics which were indistinguishable from those of North American pumas.

However, this does not rule out the possibility that the Onza is a regional mutation or some form of subspecies.

What it does rule out is the idea that the Onza is a relative of the prehistoric American cheetah.

Sightings date back hundreds of years. A missionary by the name of Father Johann Baegert described an Onza attacking a teenager in broad daylight and another attack that resulted in the death of the area’s strongest soldier.

Christopher Columbus wrote a letter describing a fantastic animal. Wounded by an arrow fired by a marksman, the animal was so wild that the marksman had to cut off one of its forelegs and one of its rear legs.

The big cat, although dying, attacked a nearby wild boar, surrounding the boar’s snout with its tail and strangling it with its remaining foreleg.

In the early 19th century, American naturalist Frank Dobie claimed to have shot a strange giant cat-like creature that he could not identify. He skinned the beast, but unfortunately, the pelf disintegrated from a bug infestation before he could get it back to the USA for proper study.

In 1938 Dale and Clell Lee, along with Joseph Shirk, shot and killed what they thought was an animal hitherto unknown to the area. They shot the animal near what is recorded as La Silla Mountain in Sinaloa, though this must be inaccurate as La Silla is in another region hundreds of miles away.

They said the animal resembled a puma, but it was more slightly built and its ears, legs, and body were considerably longer.

In 1986 a very similar-looking beast was killed by ranchers, Andres Rodriguez Murillo and Ricardo Zamora. They had shot the animal because they believed it was going to attack them.

On taking a closer look at the body, they found it was not what they expected it to be. The ranchers claimed that the animal was far too large and slender to be a cougar or a jaguar and that it more closely resembled an African cheetah.

They took the animal back to their ranch and contacted a local hunter called Vega.

Vega examined the body and proclaimed it to be an Onza. He said it was nearly identical to an animal his father had shot in the 1970s (this animal’s skull had been kept).

Murillo and Zamora froze the animal’s body and contacted cryptozoologist J. Richard Greenwell. An examination by Greenwell described the creature as having long slender ears and legs with small horizontal stripes, which excluded it from being a puma, cougar, or jaguar.

An investigation by Texas Tech University declared it was probably a type of cougar, but DNA and blood and tissue samples proved inconclusive.