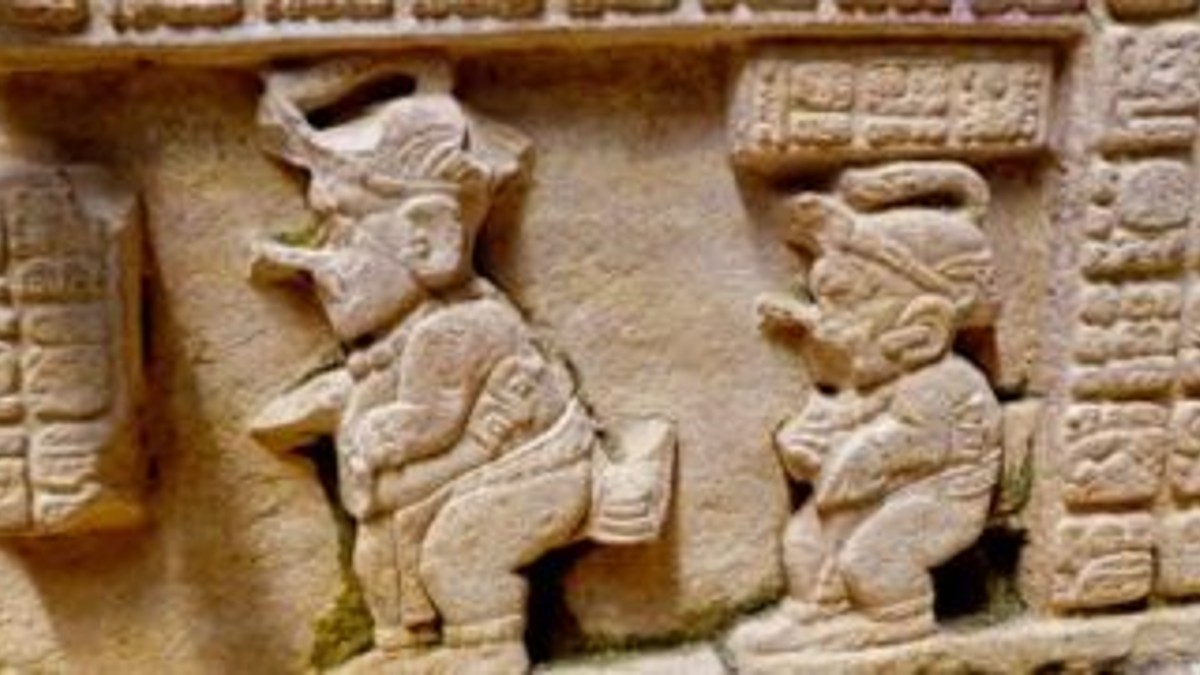 The Alux, pronounced “aloosh,” is a sprite-like creature that appears in various Mayan myths from Guatemala and the Yucatan area of Mexico. They are mischievous evil beings that are rumored to still plague people in rural areas.

Sometimes known as the Chanekeh or Chaneque, the aluxes (or aluxo’ob in the Mayan language) are said to be only around a foot high and look like tiny humans, usually wearing traditional Maya clothes.

They are said to be invisible most of the time but can make themselves visible or take form in order to make contact with humans, often for the purpose of frightening them. They also manifest themselves in order to gather together in groups.

Typically they are associated with nature and are usually said to be found near rocks, caves, streams, forests, or even fields. However, the aluxes are perhaps most common in tropical areas. A small dog sometimes accompanies them.

In some parts of the Yucatan region of Mexico, modern-day locals consider the mythical creatures to be guardians of the local mountains and caves. But there is a strong word of warning, under no circumstances should you upset or anger an alux.

They are notorious tricksters, and in this and their ability to bestow a blessing or good luck, they are a lot like the Irish leprechaun. The alux creature has also been compared to numerous other fairy, gnome, and goblin-like beings from all around the world.

One thing you should never do is call out their name out loud, as this is said to summon an alux from their cozy home…not a good idea according to the legends.

The origins of the creature are quite hard to pin down, with some locals saying the many shrines across the area are actually houses of the alux or kahtal alux. They say that the alux are actually ancestral spirits or nature itself given form.

Mayan legends say that priests find a cave where no woman has ever set foot and use the clay from the floor to craft the small figures. These are then buried in the field and rise up after a certain number of days to tend and protect the crops planted there.

The aluxes were most likely Mayan in origin, but they have become an integral part of Mexican tradition and culture, particularly in rural areas.

In 1993, workers and researchers of the National Institute of Anthropology and History (INAH) at the Mayan ruins of Chichen Itza performed a strange ceremony to appease the aluxes. They asked the Mayan gods for permission to work on the side in order to avoid angering the aluxes.

However, it is worth noting that they are often called duende, which is a Spanish word for a supernatural creature or power. So some researchers think that the legend could have come across with the Spanish or from pirates. The latter were often British and had a fairly strong belief in fairies and sprites, this would also account for the similarity with the leprechaun.

There are not really any documented accounts of encounters with alux, but there are numerous anecdotal fireside stories that tell similar tales.

Alux are said by some farmers to appear when a field is first planted with corn. A tiny house appearing on the land is usually an indicator that an alux has arrived. The creature is then said to bless the land for 7 years by summoning rain, making the corn grow, and protecting the field from animals and thieves by whistling.

At the end of the seven years, the farmer has to shut up the house and trap the alux inside before it can cause mischief.

Farmers and travelers are also said to be approached by the creatures asking for offerings. If you refuse them, they can cause illness and play harmful tricks. But if you are respectful, they will bring you good luck and protect you from thieves.

Aluxes have reportedly entered people’s homes where they have trashed rooms and upended furniture. They can also pass on illnesses such as diarrhea or fever simply by waving their hands over your sleeping body.

Luckily, many Mexicans leave out offerings such as food, liquor, and cigarettes, which seem to appease the strange beings.

Satisfied aluxes will protect your family and your property. If they catch a thief stealing crops from a farmer, they will throw stones at the intruder and recover the items.

The Yucatan Times reported the tale of a rancher who would leave offerings for the aluxes every evening. Unfortunately, one evening, he got drunk and fell asleep in his hammock, having forgotten to leave anything out.

The rancher was awoken later by the aluxes who stoned him until he was forced to leave the property.

Another story tells of a farmer ordered to leave the land by an alux. He refused and sought advice on how to kill the creature. He was told to buy a bolt of virgin cloth unwashed and use this to make a shirt covering every part of himself.

Then he was to load his own rifle with bullets salt smoked with burnt dried chile. He confronted the alux, and it shot him with its own rifle, but all the bullets failed to penetrate the fresh cloth. He then fires and kills the alux, but forever after the act that field remained barren and no crops would grow.

In 2007 Dan Gannon was working with an anthropological organization and driving through the rainforests of the Yucatan when he came across a strange sight. He reports seeing a small humanoid figure that appeared to be around two-feet tall. The creature only appeared briefly in his headlights before vanishing.

Martin Segura Soberanis worked in the tourist industry in the region and had befriended an American man who visited the area every year.

In 2010 he decided to take the man to his local town of Manu to do a little bit of sightseeing and experience the authentic local culture close up.

All went well until they visited a local farm area where Soberanis was a little tired and let his friend explore the area alone. Soon he started to worry and began a search that lasted nearly an hour. When he found his friend, he looked in shock, his face a mask of fear.

He told Soberanis that he’d encountered two small humanoids that were about one foot tall. He initially thought they were children’s dolls until they looked at him and began running away.

Next, he was targeted by small stones that were thrown with great accuracy but without the intent to injure him seriously.

He then walked back towards the main house and was found by Soberanis.

https://yucatanmagazine.com/a-scenic-overlook-in-muna-is-guarded-by-an-army-of-aluxes/, “A scenic overlook in Muna is guarded by an army of aluxes.” Accessed January 25, 2023.