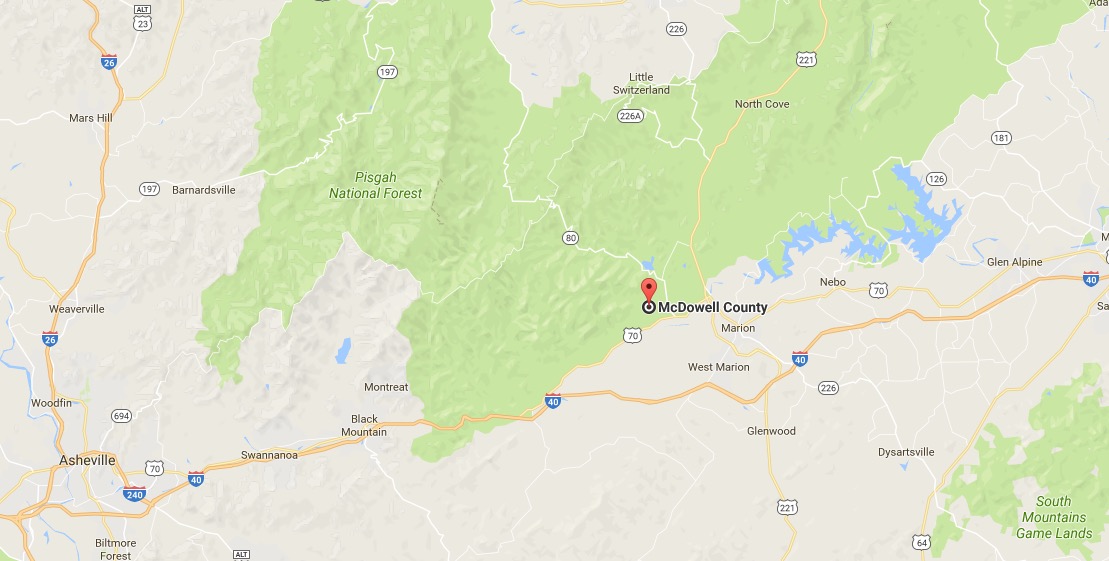 This week in North Carolina’s McDowell County, Bigfoot 911 based out of Marion reported a Sasquatch sighting.

Posting on their Facebook page John E. Bruner from the group said they had the encounter at 11 p.m. on August 4 in a wooded area. Nobody was injured during the incident but some rocks were thrown at them.

The team of Bigfoot searchers were using glow sticks at the time, since they believed any Bigfoot in the area would be attracted to the lights. Bruner then says he spotted one of the sticks moving and when he turned on his headlamp he spotted “a large bi-pedal animal covered in hair.”

He then pursued the animal and had an even closer encounter where he describes having eye contact with a creature with a hairless black face and shaggy hair over the rest of its body.

Speaking to The Charlotte Observer he said: “I was able to see details of the creature…like the face and the hair was matted and stringy. The eyes were farther apart than human eyes.”

Bigfoot 911 operate a private group on Facebook where you can join up and discuss sightings and other topics related to Bigfoot.

This is not the first sighting of a Bigfoot in the area, famously back in 2015 a tourist claimed to have caught one on video whilst out walking his dog.

Eric Walters said he filmed the creature in Henderson County but a vacation rental company said the video was shot near one of their cabins at 41 Gold Anchor Lane, off N.C. 9 south of Black Mountain, with one of their signs visible in the video.

Walters himself said at the time he was not sure if it was real or just an elaborate prank.

What do you make of this latest sighting by Bigfoot 911?