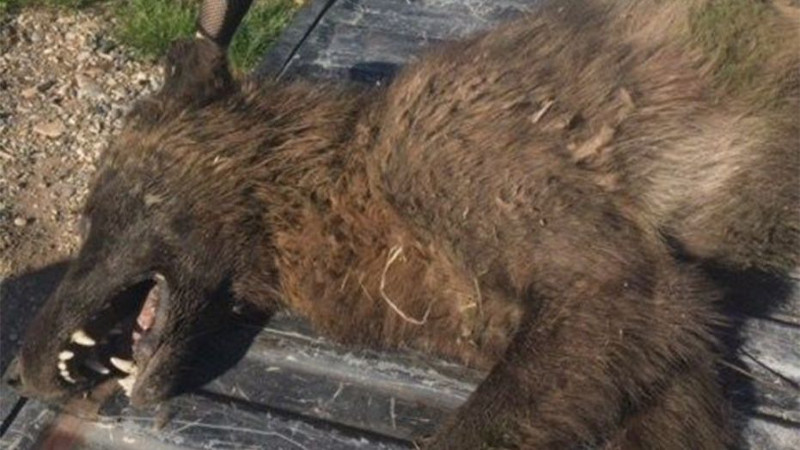 Wildlife officials in Montana are completely baffled by a wolf-like creature that was shot dead, mostly because they have no idea what it actually is.

The creature was shot on a family ranch near Denton, Montana. One of the only things that they’re in agreement on is the fact that the landowner had the right to shoot it because it was near livestock, dogs and children. Sgt. Kyle Andersen, warden of the Montana Fish, Wildlife and Parks (FWP) said that the landowner shot the wolf-like creature, believing it to be a wolf at the time.

After the report was made and the FWP was called, two officials from the Montana FWP came to the site and took pictures. From these pictures, they determined that the wolf-like creature wasn’t actually a wolf. It’s front claws, canine teeth and legs are too short to be a wolf, and it’s ears are too long. Andersen speculates that it could be a hybrid or some type of wild dog. Wolf management specialist for the FWP, Ty Smucker thinks it could be a wolf-dog hybrid. 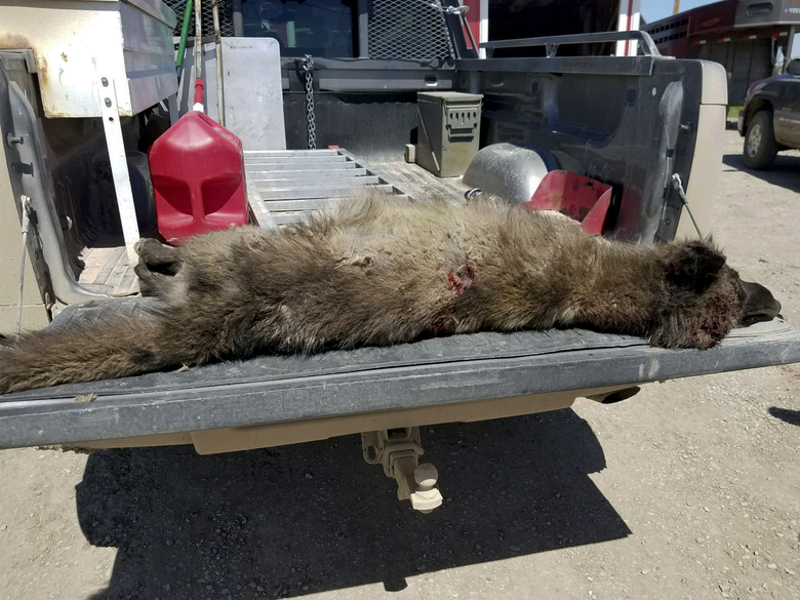 Wolf-like creature on the tailgate

Since the photos were released, there have been plenty of theories about what the wolf-like creature should be. Some people think it could be a Dire Wolf, a prehistoric creature that is thought to be extinct. Some think it could be a new type of canid cryptid. Others have mentioned a cryptid that’s local to the region called the Shunka-Warakin. Still others think it could be a Dogman. What’s a Dogman? It’s sort of like a werewolf, except for it doesn’t have a human form that we know of.

So, what are officials doing to identify the creature? The pictures that the Montana FWP officials took were sent to a FWP wolf specialist in Great Falls and the body was sent to a lab in Bozeman, with DNA samples likely to take several months to analyze.

“We have no idea what it is until we get a DNA report back” said Bruce Auchly , an information manager for the FWP.