‘Birdfish’ found in China is raising lots of questions 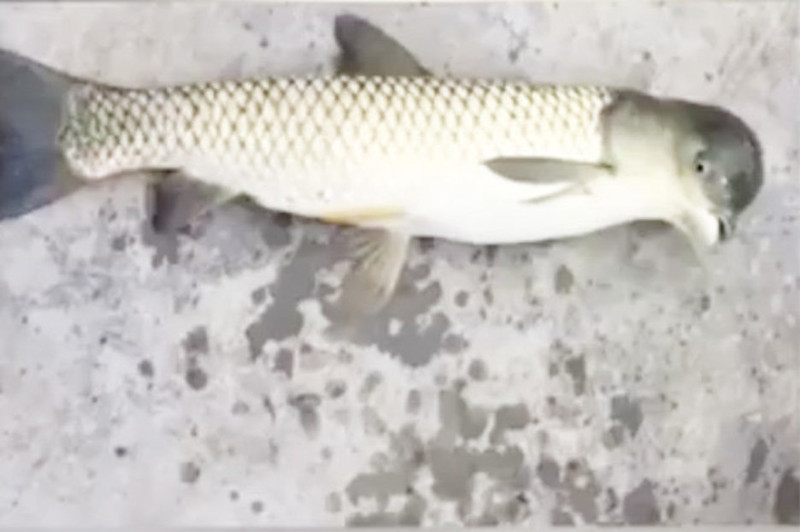 A bizarre “birdfish” was caught in southwest China…real or fake?

A video of what people are calling “birdfish” is circulating around on the internet.

This unusual fish was caught in the Guizhou province in southwestern China and is around two feet long. After the fisherman caught the fish, he uploaded a video to the Chinese social media platform, Weibo, and the internet has dubbed it ‘birdfish’. What’s unusual about the fish is its face, with some people comparing it to that of a bird, while others think it looks more dolphin-esque.

Due of its unusual looks, people are speculating that it could be some type of hybrid, a new species, or something else.

Communist Party committee secretary of the Fisheries Research Institute of Guizhou Academy of Agricultural Sciences, Yang Xing, says that it looks like a natural deformity. He blames the unusual appearance of the birdfish on either something that went wrong during its egg stage, or a lack of oxygen due to overpopulation in the water.

He also says that it’s a common grass carp, which is native to Asia. He then makes the claim that other fish have been discovered with similar deformities throughout the country.

However, there aren’t videos or stories about this supposed epidemic of deformed birdfish on the internet, making many question his statements. Furthermore, Andrew Cossins, an animal physiologist at the University of Liverpool argues that this mutation is likely the result of pollutants in the environment, and that it’s definitely not from natural causes. So, basically, even the experts can’t agree what caused this unusual fish to exist.

The fisherman returned the fish back to its natural habitat after he took the video. The internet is left to wonder whether that means he let birdfish fly away, or swim away. Because the fish isn’t in anyone’s custody, it can’t be tested. So, we can’t tell from DNA if it’s a genetic deformity, if it’s a hybrid or new species, or if there are pollutants in its system that caused a deformation.